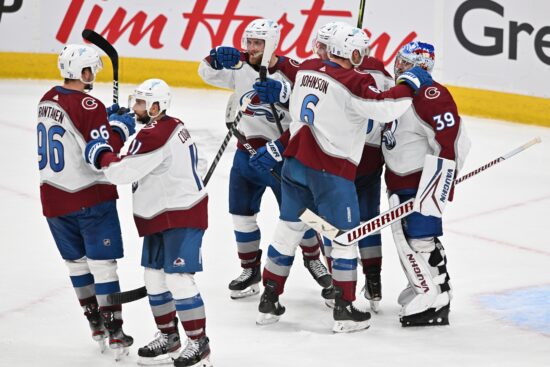 The first team to reach the Stanley Cup playoffs this season could be decided on Monday evening, as the Colorado Avalanche are just one game away from reaching their first finals since 2001. However, the Edmonton Oilers will be looking to delay the inevitable for at least a few more days.

Avalanche On Brink Of Finals

All season, the Colorado Avalanche has been seen as the leading contender to win the Stanley Cup. Their odds could be cut drastically on Monday evening if they pick up the victory they need to reach their first Stanley Cup finals in over 20 years. They are also on the brink of their second whitewash in the playoffs this season, as they breezed through their opening-round series against the Nashville Predators.

It would be a remarkable achievement for the Avalanche to seal their place in the Stanley Cup finals with yet another whitewash, but it would be very hard to bet against that based on what we have seen in the three previous games. The Avalanche has scored 16 goals so far in this series, which includes their 4-2 win in game three.

In front of a packed Rogers Place, the Avalanche broke the hearts of the hosts with two crucial goals in the final period. Valeri Nichushkin continued his fine run of form with two goals in the game.

A first Stanley Cup since 1990 looks to be an extremely long way away for the Edmonton Oilers at this stage of the Western Conference finals. They find themselves with a mountain to climb, as they will need to win the next four games to just reach the Stanley Cup finals. That would appear to be a big ask given how the series has played out to this point.

However, their main aim on Monday night will be to ensure that their playoff hopes aren’t ended on their patch. But, they will need to seriously raise their game, as they have been extremely weak defensively throughout this series. They allowed eight goals in the first game, before allowing four in each of games two and three.

It looked as though game three was their perfect chance, as they were very much in the game up until the final period. However, it looks as though they lack the required quality to really pose serious questions about the in-form Avalanche.

From what we have seen in this series, I can’t go against the Avalanche. Meanwhile, another game with over 1.5 goals in the first period could also be considered a solid play.