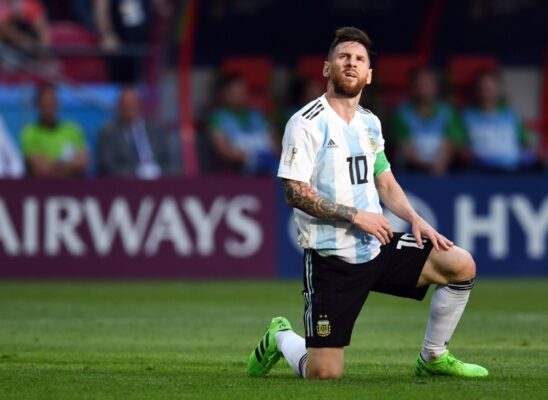 The Argentinian superstar, and one of the best players ever, Lionel Messi and Barcelona, are close to striking a new deal, per the latest intel coming from Spain.

Messi, 24, has been without a contract since July 1, which caused massive hysteria among Barcelona’s fans and created massive turbulences on the market.

Sources from Spain claim that the player and the club are about to sign a five-year deal, but there isn’t any information about the financial details of the same. President Joan Laporta allegedly announced such an outcome earlier today.

The majority of the pundits believed that the Argentinian who spent his entire senior career in Catalonia, will finally leave Camp Nou and change the club.

There had been a lot of tension between him and the board in the recent year. Various stories were circulating in the media about the reasons for the same, some suggesting that Messi isn’t happy with the overall quality of the team and the club’s transfer policy.

Allegedly, at one point of the 2018/2019 season, Messi threatened that he might leave the club if he doesn’t get more quality players. Also, back then, he was in constant confrontation with the head coach Ernesto Valverde, which would eventually result in Valverde’s departure from Camp Nou.

Barca has been very active in the last two months regarding additions to its roster, landing two major stars, Memphis Depay from Lyon, and Messi’s best friend, Sergio Aguero. It seems that this effort gave results and that the No.10 decided to stay after seeing this.

Messi generated enormous attention on the market, with multiple teams aiming to sign him. Paris Saint Germain was atop all the lists, with the Saints being prepared to broke the bank and give the forward the biggest contract ever. Manchester City and Pep Guardiola were also in the mix, as well as Juventus, where Italian media claimed that the Old Lady has an idea of pairing the Argentinian with Ronaldo in their quest for the UEFA Champions League title.

The Catalonian club faces a lot of problems in recent times. Their financial situation is not good at all, and Spanish journalists are constantly filing the media headlines about wage cuts and various debts Blaugrana faces on daily basis.

We need to remind you that both Depay and Aguero came to Camp Nou on a free transfer.

Also, there is a matter of Super League rebellion, which could have a massive impact on Barca. UEFA and La Liga are constantly pressuring the Catalonian powerhouse to renounce their role in that prohibited competition, but stubborn Laporta isn’t willing to do so.

As some measures, both governing bodies have threatened to suspend Barca from their respective competitions. Even though it is hard to believe that it could actually happen, all this leaves a certain dose of uncertainty among the fans.

La Liga starts on August 13, and Barcelona plays its opening game two days later against Real Sociedad in the biggest derby of the first round.