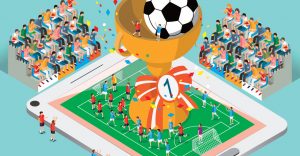 The Bavarians recently experienced their first loss after 30+ games, but they bounced back following that defeat with two straight wins. They weren’t as convincing as we used to when Bayern plays, but they counted as triumphs. On the other hand, Atletico is playing “hot-cold” games, and it seems that this unit is no longer that mighty Atletico that used to harass Europe and Spain with its tough and fierce style of play.

Where, When and How to Watch Bayern Munich vs, Atletico Madrid

Bayern on a Mission

The Germans want to defend the title and show everyone that they weren’t just a one-year wonder. The way Bayern played last season is unbelievable, and all the results posted, including annihilating the likes of Tottenham, Chelsea, and Barcelona, will be remembered for a long time.

Hansi Flick has almost the same roster at disposal, with the note that Thiago Alcantara left, but they already filled in that gap with the return of Douglas Costa from Juve and Marc Roca from Espanyol. Plus, they’ve added Leroy Sane.

The previous three games they played saw over 4.5 goals and both sides to score, so don’t believe that they might slow down this season.

Diego Simeone finds himself under a heavy pressure to make notable results this year, and judging by the way Atletico started the season, that won’t be easy at all. It is very interesting to see what Atletico will do if he fails to bring at least one trophy at the end of the campaign.

The Madridians started La Liga very well, beating Granada with 6-1, but after that went on to play two goalless contests, against Huesca and Villarreal. Even with Luis Suarez, they seem inefficient, but the superb striker only arrived, and it is possible that he still adjusts to the new environment.

There is one thing that just a few noticed and that is Atletico’s age. Unlike previous years, the best players are not veterans but the guys whose prime is yet to come, Joao Felix, Saul Niguez, Koke, Lodi, Gimenez, etc. We’ll see whether they evolve to become competitive with the best teams in Europe and Spain.

In 2016 the two sides met on four occasions. The first pair of the matches was the UCL semis, with Atletico advancing because of an away goal, 1-0 in Madrid, 2-1 for Bayern in Munich, and at the end of the year, they would meet again in the group stage. Both games ended 1-0 for the hosts.

Bayern doesn’t care who is across the field, and they will try to impose its own style of play. Therefore, we suggest betting on the hosts in this event.