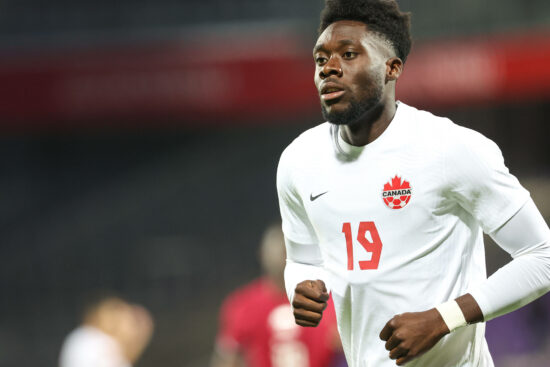 If you’re in search of some World Cup predictions for Belgium vs Canada, look no further, because Vegas Odds has you covered!

Canada’s first World Cup game since 1986 is on the program on Wednesday, November 23. That’s when CanMNT will lock horns with Belgium, the team sitting in the no.2 position in the FIFA World Rankings (just behind Brazil).

Knowing this, it’s no surprise that the Canadians are seen as major underdogs in this game. Can they pull off an upset?

The Canada men’s national soccer team is making a comeback to the world stage in Qatar. The 2022 World Cup is going to be the first time CanMNT is competing in this tournament in 36 years.

Their first World Cup opponent in the 21st century is Belgium, which means it’s unlikely Canada’s return will be a successful one.

The thing is that Belgium is one of the world’s strongest soccer teams, which finished in the no.3 place four years ago in Russia. Most of the players that led Belgium to bronze are still in the squad. However, one may argue that many of them are past their prime.

This goes especially for those in the center-back position (e.g., Toby Alderweireld and Jan Vertonghen). On the bright side, Belgium’s goalie Thibaut Courtois is playing fantastic soccer in 2022. The evidence is that he’s the man who won the Yashin Trophy this year (the best goalkeeper award).

With him between the sticks, The Red Devils don’t need to worry much about Canada scoring too many goals on Wednesday. But what about vice versa?

Manchester City’s midfield magician Kevin De Bruyne is the man in charge of creating scoring chances for Belgium. We’re 100% sure the Canadians don’t have an antidote for this guy. The best thing is that he’s not the only one who can cause chaos in Canada’s section of the pitch. The Hazard bros, Yannick Carrasco, Youri Tielemans – we expect these guys to create a bunch of chances on Wednesday.

The man we think is going to turn those chances into goals is Belgium’s all-time top scorer, Romelu Lukaku.

Romelu Lukaku’s been cleared to play after struggling with a thigh injury for weeks. The injury ruined the start of the 2022-23 season for him, but the 2022 World Cup is a chance for Inter Milan’s scoring machine to get back on the right track.

If he gets a chance to play on Wednesday, we think he’s going to demolish Canada’s defense. We just can’t see Canada’s center-backs keeping the 6’3 220-pound striker at bay.

Canada’s best player is Bayern Munich’s left-back Alphonso Davies. But, when playing for his national team, Davies usually isn’t a part of the defense. Instead, he’s in the role of the playmaker. That said, we expect Canada to do (relatively) well in the offense, while their defense is bound to be leaky.

We have no doubt Belgium will take advantage of that, putting away at least two or three goals on Wednesday. As a result, we should see a lot of goals in Canada vs Belgium game.