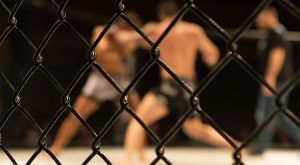 The highlight fight of Bellator 237 at Saitama Super Arena in Japan, will be the clash between Quinton “Rampage” Jackson and Fedor Emelianenko. The spectacle worth closing the year in which we saw many fantastic fights and several historic achievements.

Rampage’s Weight not a Problem

The former UFC lightweight champion has gained a massive amount of weight over the past three years. It is expected that Rampage (38-13 MMA, 5-2 BMMA) weighs around 265 pounds coming into this bout. However, his coach Sam Calavitta claims that the 41-year old has never felt better.

Jackson underwent a 12-week program in order to radically change the structure of his body. During that time, he cut 24 pounds of fat, replacing it with muscles.

“His improvement is probably the greatest physical transformation I’ve ever seen in 12 weeks. Absolutely amazing what he’s been able to turn around there,” said Calavitta.

The goal was also to increase Rampage’s stamina, which was sometimes a problem for this great champion. Fighting against Fedor is anything but the ordinary MMA clash, and due to that, Jackson had to go through some extreme measures.

All this is a bit surprising for the fans who follow combat sports, as many of them knew Jackson as an extremely talented and powerful fighter who didn’t reach his full potential because of the lack of work ethic.

Seeing him going down after 35 seconds against Ryan Bader, many started wondering was that the end of the Last Emperor. The answer to this question will come up after this bout. Eleven months have passed since being KO’d, and Emelianenko’s wounds have certainly healed by now. But, is he ready to take on, apparently the best Rampage Jackson over the last few years?

Fedor (38-6 MMA, 2-2 BMMA) is probably the best MMA fighter in history, and no matter his condition, he can always pull some trick up his sleeve and send his opponent to the la-la land. It is evident that he isn’t the ruthless killer who once harassed the entire MMA heavyweight echelon, but what many seem to forget is his mentality.

While Calavitta talks about Rampage’s preparations publicly, Fedor is hiding from the media. After being, well, let’s say, humiliated against Bader, be sure Emelianenko doubled his training efforts. It is presumably why he didn’t want to enter the ring earlier than now.

His punches and versatility are something that definitely can stop Jackson. Rampage will look for a chance to bring down his rival with his vicious bursts, and the experienced Russian knows how to handle those situations.

All in all, we are ahead of a fantastic show in the “Land of the Rising Sun.”

Many agree on the claim that this fight won’t go to the distance. We have two destroyers in the ring, whose trademarks are knockouts and domination over the rival.

The bookies believe in the Emperor, and the odds on his win is at -290, making him a big favorite. On the other side, Rampage sits at +230

The event starts at 10 p.m. Eastern time and will be streamed on DAZN.