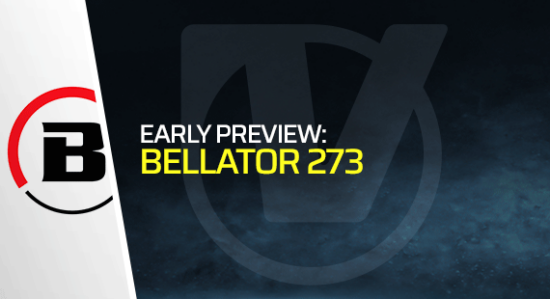 The very first event of 2022 for Bellator MMA takes place this Saturday night live from Phoenix, Arizona. The last time Bellator was in Phoenix was back in October 2021 which saw beloved hometown favorite Ryan Bader get knocked out of the Light Heavyweight Grand Prix.

Despite getting knocked out and finished in his most previous bout, he’s back looking for redemption by unifying the heavyweight championship with a fight against the ‘Fedor Emelianenko protege’ Valentin Moldavsky.

This is a fight between old school and new school and it quite possibly could go down as the best heavyweight fight in Bellator MMA history.

The rest of this card is stacked with high-level matchups especially in the co-main event with ex-UFC veteran Benson Henderson taking on one of Khabib Nurmagomedov’s training partners Islam Mamedov.

We also have the return of undefeated prospects Lucas Brennan and Dalton Rosta. Both fighters have tough, seasoned opponents ahead of them in their matchups at Bellator 273.

Scott Coker’s promotion has given us a real treat to kick off 2022, so make sure you don’t miss out!

Where to Watch Bellator 273