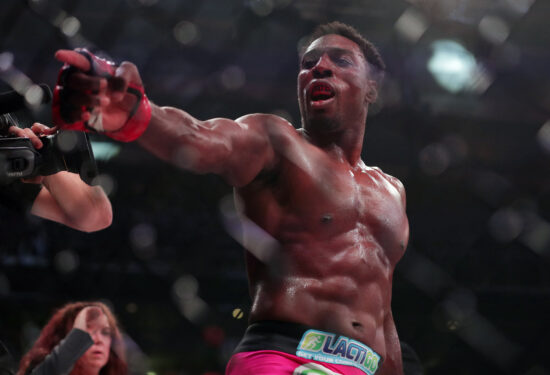 After leaving the UFC, former middleweight title contender Yoel Romero is gearing up ready to make his Bellator debut.

The powerful Cuban is set to make his first appearance in Scott Croker’s Bellator this weekend where he will meet fellow contender Phil Davis in Bellator 266’s main event.

Looking to secure a title fight following what would easily be the biggest win of his career, Davis is expecting fireworks when he meets the ‘Soldier of God’ on Saturday night.

Assessing how he sees the headliner going down, Davis, who spoke exclusively to MMA LowKick, has warned fans not to blink.

I don’t think this fight is going to go three rounds.

Expect fireworks and look for this to be a one-round fight. It doesn’t have the making of a long war.

There are challenges in facing him, but I’m more focused on the different ways that I can open up and I like the fact that he can have two different styles.

Davis vs. Romero: What The Oddsmakers are Saying

Ahead of Bellator 266’s mouth-watering headlining fight, which is scheduled to take place at the SAP Centre on September 18, the online oddsmakers have opened their lines for what is set to be a hugely exciting encounter.

Although Romero has not fought since March 2020 and will be making his promotional debut, the oddsmakers view the hard-hitting Cuban as the bout’s narrow favorite.

However, if the lines are anything to go by – calling a winner this Saturday will not be straightforward.