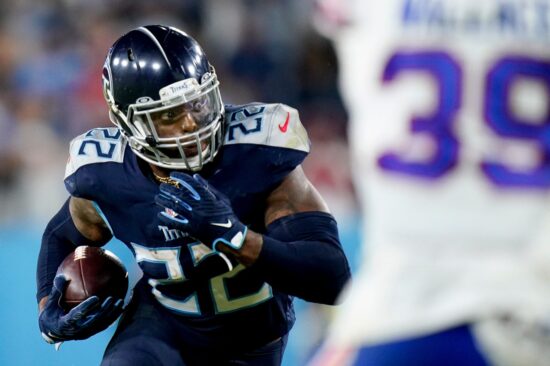 The divisional round opens with an AFC matchup in Tennessee, where the AFC top seed, Titans, host the young and fired-up Cincinnati Bengals. The oddsmakers predict a very tight event, with the home side being a slight favorite.

The Cincinnati Bengals have defeated the Las Vegas Raiders in the Wild Card game, 26-19, enduring a tough second half after opening the game pretty well. They did lose three defensive linemen in that event, but it is expected to see at least two of them on the field on Saturday afternoon.

The young Joe Burrow looks pretty well, and the sophomore QB led the Bengals to the first playoff win after 31 years, which needs to be respected. He showed a massive talent at a young age, indicating that he might take Cinci to another level.

Burrow was 24-for-34, racking 244 yards with two TDs and without any picked passes. His primary target was Ja’Marr Chase, understandably. The young WR had 116 yards in reception and 23 rushings. CJ Uzomah and Tyler Boyd caught a TD pass each.

There are two questions about the Titans’ running back. Will he play? Is he 100% ready? The fantastic rusher had 937 yards on the ground and 10 TDs in the first eight games, that is, before picking up an injury. Those are MVP stats.

His Titans would still take the top seed in the AFC, and that was primarily due to a fantastic defense that emerged midway through the season, taking over the wheel. The run defense was the second-best in the league, with 86.4 yards allowed per game.

In the last 11 games, they allowed only 17.5 points and 300.3 yards from the scrimmage. Was that a reaction due to Henry’s injury or something else we don’t quite know, but these guys were posting on a defensive clinic in almost every contest. That is how Tennessee ended up atop the conference.

The latest clash between these teams was in November 2020, and the Bengals won at home, 31-20. Henry ran for 112 yards and a TD, while Tannehill threw 233 yards for two TDs and one pick. Burrow had 249 yards for two scores.

The Titans have an edge due to the home court and the fact that they had two weeks to prepare for this game and recover. Meanwhile, the Bengals suffered a lot of beating against the Raiders, and that is the sole reason why we lean towards the hosts to reach the AFC Championship game. Henry is probably ready to play with his full strength, but the Titans didn’t want to reveal that. There were some rumors from inside the team that he was going to play the finish of the regular part of the campaign if needed.