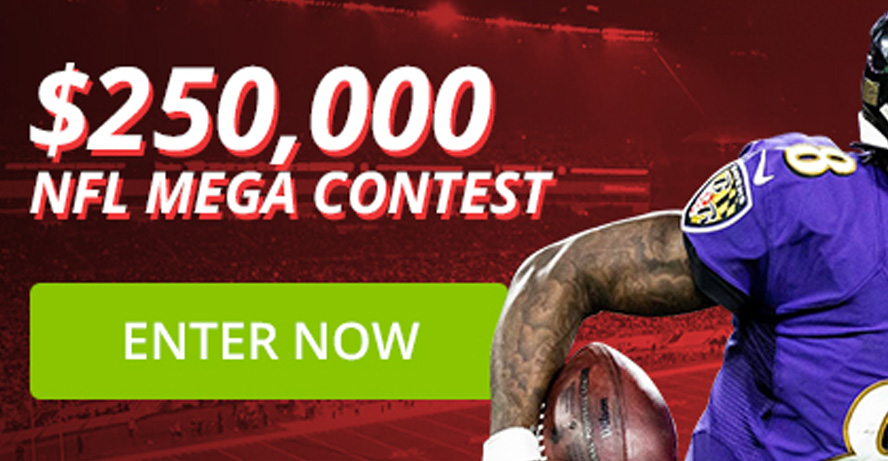 The NFL season kicks off tonight as the defending champions, the Kansas City Chiefs take on the Houston Texans. Fans of the NFL can get closer to the action with the help of BetOnline as there are a number of exciting contests that fans can enter ahead of the big restart.

The biggest of the available contests on offer with BetOnline is called the Mega Contest. This will be running throughout the NFL season, with the contest coming to a close at the end of the regular season. Players looking to get involved in the contest will have until Monday 14th September to do so, but players should get involved as soon as possible to have all games on the week 1 schedule available.

In order to get involved in the season-long handicapping contest, you must first have a BetOnline account. Players will also be required to pay $100 to get involved in the action with one entry, while fourth and fifth entries are available at a reduced price. There is a guaranteed $250,000 prize pool for the contest, with players needing to pick a team to bet against the spread.

Sign up for the Mega Contest with this link

There are huge prizes up for grabs, with the player that finishes first on the leaderboard claiming a huge $100,000. Meanwhile, second and third will get $35,000 and $15,000 respectively.

Players looking for a slightly cheaper contest may be interested in the $100,000 NFL Survivor Contest. This will be running from the opening week of the NFL season until week 17. One entry for the contest will cost $25, while second, third, fourth and fifth entries cost $20. There are also reduced prices for future entries after.

Players will be looking to pick a winning team from each round of games. If you select a winning team, then your entry remains valid, and then you choose a team for the following round of games at no extra cost. However, should your selection lose, then you will need to re-enter to get involved again.

Sign up for the $100k NFL Survivor Contest here

To win the $100,000 jackpot, a player must go the whole regular season correctly predicting a winning team. However, if there is just one player remaining, then that player will take the jackpot regardless of when the other players are eliminated.

Gamblers that are looking for a free contest to enter with BetOnline will be able to take advantage of the $10,000 NFL Survivor Contest. This is a similar competition to the one mentioned above, but there is no charge to get involved as entries are free. Players will be able to select a team from each round for free, and if that team wins, then their entry remains valid.

However, when the desired team loses, then their entry is lost. Regardless, players will be able to rejoin the action with another free entry. The contest will run from week one until the end of the regular season, with the closing date for the competition being on Monday 14th September.

Sign up for the Free $10k NFL Survivor Contest here

Should a player go throughout the regular season without losing their entry, then they will be awarded the $10,000 prize.