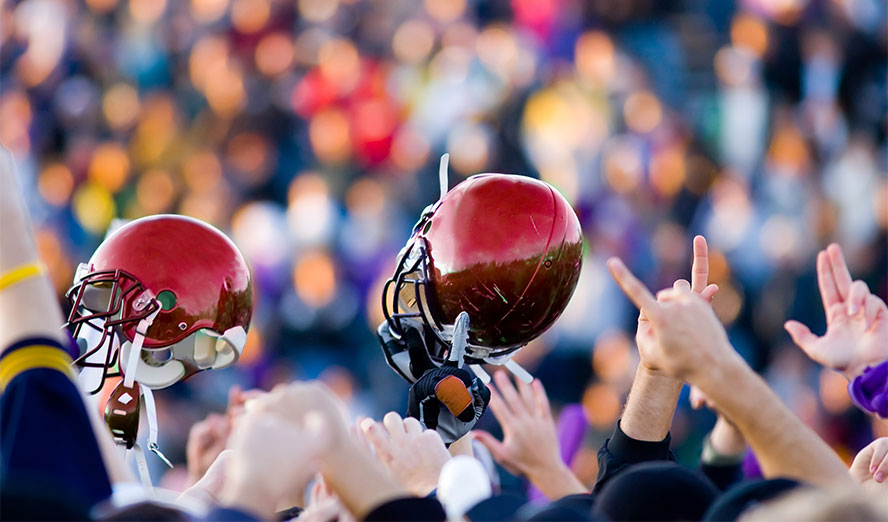 After cancelling the season a month ago, the Big Ten have announced that they will kick off the football season on October 24.

As a reminder, the Big Ten members cancelled the season in August, expressing doubt that the schools can guarantee the safety of athletes, students, and the coaching staff. Only Nebraska, Ohio State and Iowa voted against postponing the season, but lost with 3-11.

However, the schools have since come together and expressed confidence in enhanced testing capabilities, the conference said on Wednesday morning.

The teams will play to an expedited schedule with each team trying to complete eight games in an eight-week window before the championship game taking place on December 19. Each school will have to participate in an extra cross-division game between seeded teams in each division.

Completing the championship game would allow the Big Ten to join the College Football Playoff and continue the season as normal unless another disruption crops up. Penn State athletic director Sandy Barbour commented that the Big Ten have decided not to admit live audience during games this season to prevent the risk of infections.

Wisconsin athletic director Barry Alvarez confirmed that the football schedule will be introduced later this week while the conference is trying to figure out the two division games for all participants. The task force set up by Big Ten commissioner Kevin Warren to allow schools to return to the season.

The Big Ten is rolling out a daily rapid testing program on September 30 on all 14 campuses to ensure that cases of COVID-19 can be caught immediately and isolated. The tests will take place before each practice and game.

There will be two types of testing done, one is point of contact (POC) and the other, should a student test positive, is a polymerase chain reaction (PCR) test. Any athlete who tests positive will have to wait at least 21 days before they can return in play.

Such athletes will also have to undergo comprehensive cardiac testing, the Big Ten explained. Because of viral infections’ profile to attack the heart muscle, the Big Ten wasn’t sure if it is a good idea to return for this season. Now, the conference’s participating members will screen any athlete who falls sick carefully to determine if any lasting damage occurs.

There are specific rules to what happens if a team gets infected, or a certain percentage of the team is infected. If the team’s positivity rate is over 5% or population positivity is over 7.5%, then the team will have to retire from play for at least seven days.

Meanwhile, Dr. Jim Borchers from Ohio State, and a head physician for the team, had this to say about the decision to return to play:

“Everyone associated with the Big Ten should be very proud of the groundbreaking steps that are now being taken to better protect the health and safety of the student-athletes and surrounding communities.”

Borchers said that the tests will be targeting to prevent the spreading of the disease and target carriers or infected people, removing any individuals who test positive rapidly from the population.