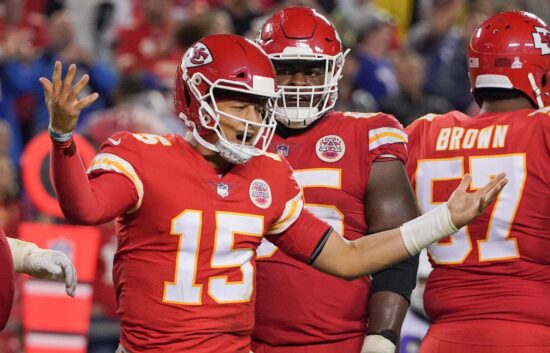 The Bills and the Chiefs often met in the past few years, and it seems that these two franchises might establish a very big rivalry over the next few years. A generational one, as it was between the Pats and the Colts, or the Celtics and the Lakers back in the 80s.

We don’t need to tell you that the stakes are pretty high here. Whoever wins will earn not only the bragging rights but also the chance to fight for the Super Bowl.

What we saw from the Bills last week, once they dismantled the Patriots in the Wild Card round, 47-17, was astonishing. Each of the Bills’ possessions ended with scoring, and after a while, we’ve seen Bill Belichick demolished and humiliated in one big game.

We need to mention the defense once again showed its class. Many forgot that the Bills have maybe the best defensive team in the entire NFL, focusing on Allen and Diggs and not giving enough credit to the rest of the crew. They’ve forced two turnovers and froze Mac Jones early on, killing his morale.

The Chiefs had an equally impressive display against the Steelers, creating a propper farewell party for Ben Roethlisberger. The result was 42-21 for KC, who significantly slowed down in the final period, not wanting to humiliate the two-time NFL champion.

The former NFL MVP, Mahomes, had 404 yards with five touchdown passes and one pick. He pretty much equally distributed the action, throwing scoring passes to Kelce, McKinnon, Hill, Allegretti, and Pringle.

The defense was solid, as it allowed only 56 yards on the ground and 257 yards in total to the Steelers. They also forced one turnover and sacked Big Ben twice. In general, all parts of the Chiefs’ team were at the highest possible level.

This is the third time in the last two years for the Bills and Chiefs to meet. KC has two wins, among them one in the last year’s AFC Championship game, 38-24.

However, the Bills already visited the Arrowhead this year, trouncing the Chiefs 38-20, midway through October.

This will be one of those epic games that stay remembered for a long time. That is our impression. The line for the total points is set at 54, which is reachable without any problems. Even though the defenses on both sides are excellent, Mahomes and Allen are going to lead the show in this event.