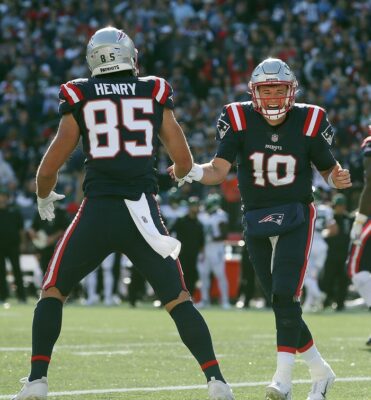 It couldn’t be better for the NFL fans than to see two big division rivals clashing in a contest that will pretty much decide the winner of the AFC East. If the Pats win, they will win the division, however, if the Bills triumph, everything will be in their hands.

At one moment, it seemed that the Bills were going to win the division without any problems. A few weeks later, they were out of the picture. However, lady luck smiled upon them, handing Josh Allen and the boys another chance to get back atop the AFC East.

Pats’ loss against the Colts narrowed the gap to just one win, and the Bills can erase that on Sunday, as well as void New England’s tiebreaker. All they need to do is to win. Of course, easier said than done.

The Bills were better than the Carolina Panthers this weekend, 31-14, snapping a two-game losing skid. Josh Allen had 210 yards throw for three TD tosses and one pick. Devin Singletary ran 22 times for 86 yards and a TD, while Gabriel Davis caught two TD passes and 85 receiving yards.

Big Test For the Pats

After losing a very tough and important game against the Colts on the road, it is time to see what are the Pats made off. This is the first big test for Mac Jones with high stakes on the table. He might not have Kendrick Bourne and Nelson Agholor, two very important offensive players, but that is not definite.

The problem for NE in Indianapolis was rushing. The Colts completely shut down the Pats’ ground game, forcing Jones to be one-dimensional. As a result, he threw two picks. Jones did have 299 passing yards and two TD tosses, but that wasn’t enough for the guests to win.

Rhamondre Stevenson and Bourne combined for 55 running yards, while Hunter Henry had 7 receiving yards and two touchdowns, continuing to deliver at a high level.

The Pats were dominating in direct matchups during the Brady era. Last year the Bills responded, sweeping the rivals for the first time in this century, but the most recent game, played this season, saw the Pats winning in Buffalo, 14-10.

This is a close one, but we feel that Bill Belichick’s Super Bowl experience and the home-field advantage will create a difference, despite Jones’ youth. The Pats have a system, while on the other side, the Bills are oscillating way too much and depend upon Josh Allen, who has lesser and lesser help as time goes by. Belichick will know how to use that fact.