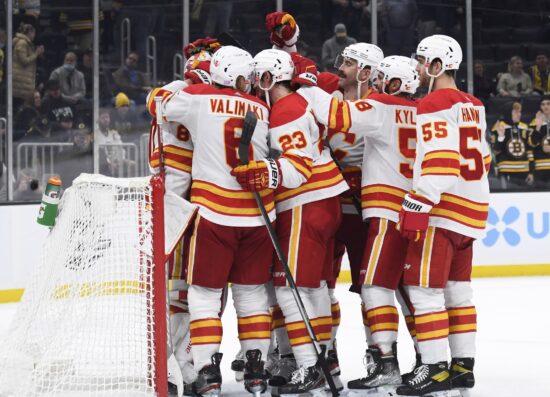 NHL action on Tuesday evening will see the Calgary Flames looking to maintain their strong run of form with a fourth straight success. Their visitors for the game this week will be the Chicago Blackhawks, who are currently second from bottom in the Central Division.

The Calgary Flames may be huge +2000 outsiders to win the Stanley Cup in 2022, but they have started this season in excellent form. Calgary are the leaders in the Pacific Division, having won eleven from 19 games this season. They have been beaten just three times in regulation time, while five defeats have come in overtime. They are also among the highest scorers in the Western Conference at this stage, having scored 63 times. Defensively they are by far the standout team in the Western Conference, as they have allowed just 36 from the 19 games that they have played.

Recent form has also been strong for the Flames, as they have won three games on the bounce coming into this fixture against the Blackhawks. They were extremely dominant in their last game, as they eased to a 4-0 success against the Boston Bruins. They dominated throughout the game and scored a goal in each of the first two periods. Two further goals were added in the final period. Andrew Mangiapane, Johnny Gaudreau, Mikael Backlund, and Noah Hanifin scored for the Flames in Boston.

The Blackhawks are massive outsiders in the NHL betting this season but have at least turned a corner in recent weeks having won six times in their last ten games. However, all six of their wins this season have come in their last ten outings, as they went eight without a victory at the beginning of the campaign. Chicago have scored just 40 goals this season, which is the second-fewest in the Central Division, and have allowed 58 goals, which is the third-worst defensive record in the division.

However, Chicago did bounce back from defeat against the Oilers with a narrow victory over the Vancouver Canucks on Sunday night. They scored the only goal of the game in the final period to record the win. Brandon Hagel was the hero on this occasion, as he scored the winner in the third period.

The Blackhawks won the last game between these sides in February 2020. However, the Flames still have a better record from recent meetings, as they have won this fixture seven times in the past nine. An average of 7.5 goals have been scored in total in the past four meetings.