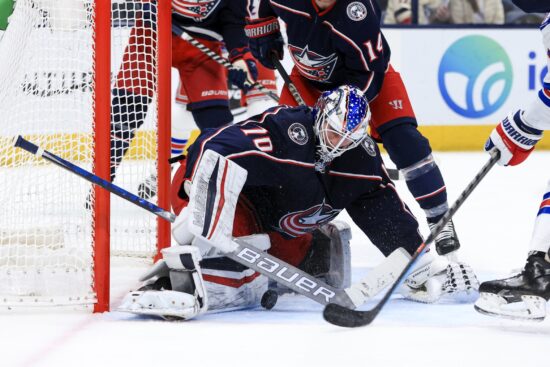 The Montreal Canadiens will be back at Centre Bell on Sunday evening, as they look to end a particularly miserable run of form against the Columbus Blue Jackets. Meanwhile, the visitors will be looking to further their playoff claims by picking up a second straight win.

Reaching the Stanley Cup finals last year is a distant memory for the Montreal Canadiens. They have struggled to move off the bottom of the Atlantic Division throughout the season, and have picked up just 23 points from 43 games. That already leaves them seven away from the Ottawa Senators, who are directly above them in the standings.

Montreal is averaging a win percentage of .274 this term, which is by far the worst average in the Eastern Conference. At the very least, they will be happy that this game is at home, as they have lost 22 times on the road in 25 games this term. At home, their record is slightly better, as they have gone 5-11-1.

Montreal was unlucky in their latest outing after their valiant comeback effort fell just short against the Anaheim Ducks. They were 3-0 down after the first period but scored twice in each of the following frames to narrowly end up on the losing side by a slender 5-4 scoreline.

The Columbus Blue Jackets aren’t currently sitting in a playoff position, but there have been teasers that they could get into that scrap. Columbus has won four of their previous six games in the NHL, which is a better record than both the Detroit Red Wings and Washington Capitals, who currently are above them in the standings.

There’s no denying that they need an almighty effort in the second half of the season to make the playoffs, but fans will still believe that there is a chance. The Blue Jackets will likely need to improve away from home though, as they have won seven of the 19 games that they have played. All 12 defeats suffered have come in regulation time.

The Blue Jackets picked up a huge 5-3 win in their last game, as they overcame the New York Rangers. Boone Jenner and Sean Kuraly both scored twice in that win.

There isn’t much to like about the form of the Canadiens at present. Therefore, despite concerns surrounding their away record, our pick is for the Blue Jackets. Both sides saw high-scoring first periods, which means that we will take a chance on over 2.5 goals. Meanwhile, we could also see over 1.5 goals in the second.