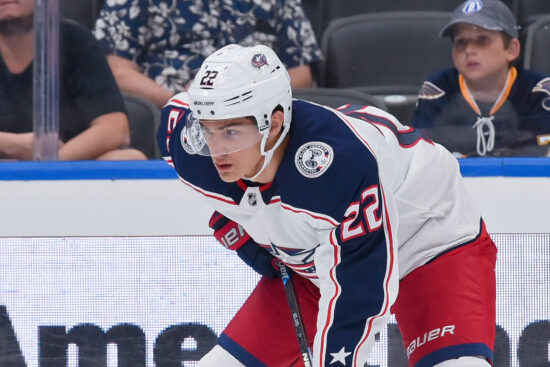 If you’re looking for the latest Blue Jackets vs Flames prediction and odds, then look no further than Vegas Odds.

The Calgary Flames have been in excellent form over recent weeks, and they will be looking to enhance their playoff prospects with another victory on Monday. The Columbus Blue Jackets are the visitors, as they look for rare back-to-back wins this term.

The Calgary Flames have been going under the radar slightly in the Western Conference this season. However, they come into this game on Monday, sitting ninth in the overall standings. They are level on points with the Colorado Avalanche and just ten points off the top of the standings. The Flames have won five of their last ten, but they have been difficult to beat over that period, suffering just three losses in regulation.

Calgary bounced back from back-to-back defeats in their previous home game, as they claimed a dramatic 6-3 win over the Tampa Bay Lightning. Three goals were scored in the final period, with Rasmus Andersson, Dillon Dube, and Blake Coleman all ending the game with goals.

Meanwhile, the Columbus Blue Jackets will be looking for rare back-to-back wins in the NHL this season on Monday. The Blue Jackets remain bottom of the Eastern Conference standings, as they are 13 points away from the team directly above them in the standings. Seven of their previous ten have ended in regulation losses, but they were winners in their latest game.

That success was a 5-3 win at home against the San Jose Sharks. Crucially, their away form this term has been very weak, as they have won just three from 19. That fact could be key as they travel to Calgary for this game on Monday evening.

The Blue Jackets’ away record looks set to be crucial when examining which way this game could go. Therefore, we will be taking the Flames on the spread for this Monday night game in the NHL.