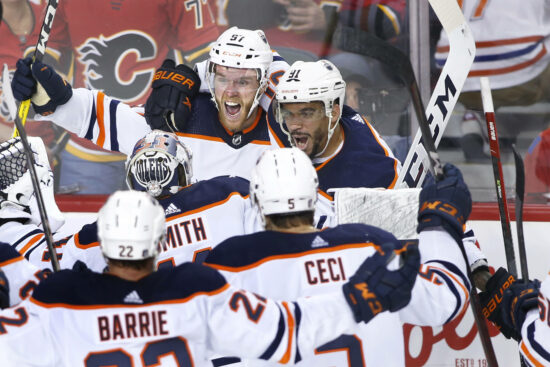 If you’re looking for the latest Blue Jackets vs Oilers prediction and odds, then look no further than Vegas Odds.

One of the in-form teams in the NHL will be looking to record a seventh straight success on Wednesday. The Edmonton Oilers have been excellent throughout that period, and they will be favored to get another win against the struggling Columbus Blue Jackets.

The Edmonton Oilers have been the standout team in the Western Conference over the previous month or so. No team in the NHL is currently on a longer winning streak, with the Oilers having claimed victories in each of their previous six. That run sees them come into this game sitting sixth in the Western Conference standings, and they will be looking to improve their home record from 12-11-2 on Wednesday evening.

Edmonton picked up a sixth straight success over the weekend, as they landed a 4-2 win on the road against the Vancouver Canucks. The Oilers started quickly in that game by netting twice in the opening period. Connor McDavid, Leon Draisaitl, and Zach Hyman all got among the goals.

It has been a contrasting story for the Columbus Blue Jackets so far this term, as they remain bottom of the Eastern Conference standings. The Blue Jackets have picked up just 31 points from 47 games so far, which sees them currently sit 12 behind the next team in the standings. Columbus has lost six of their previous ten in regulation.

They come into this game after a strong effort in Calgary, as they were beaten 4-3 after overtime by the Flames. It was a battling display by the Blue Jackets, but they weren’t able to pick up a second straight victory.

The Oilers have been slightly indifferent at Rogers Place throughout the season, but it is extremely hard to bet against them in this game, given the form that they have been in over recent weeks.