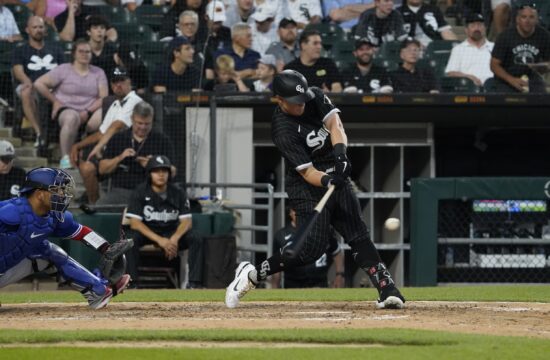 Fans of offense had to be thrilled as the Chicago White Sox outlasted the Toronto Blue Jays 8-7 in Monday’s series opener. Chicago got Tim Anderson back in the lineup for the first time this month and it instantly paid dividends as he scored in the bottom of the 1st as Chicago will try to get back to .500 for June currently sitting at 8-9.

Toronto had their bats working for the second straight day following a 10-9 win over the Yankees on Sunday, but this is a pitching staff in disarray. The Blue Jays will try to even things up as -132 favorites in Tuesday’s Vegas odds, in what is expected to be more of a pitcher’s duel with an O/U of 8.5.

Gausman Needs to Be the Stopper

Jose Berrios lasted just 4.0 IP on the mound Monday night, going up against a former division rival from his days with the Twins. The right-hander served up 3 HRs and had his team facing a 6-2 deficit by the time his outing was over with.

Toronto has now allowed 43 runs over their last five games, something Kevin Gausman (5-6, 3.21 ERA) will try to halt as he gets the nod in Blue Jays vs White Sox June 21 action. Gausman got this string of bad outings started though, giving up 5 ER in just 2.1 IP to the lowly Orioles last Thursday in a game Baltimore won 10-2. That’s now two of his last three outings that Gausman hasn’t been able to pitch out of the 4th inning.

You do have to give credit to the Toronto offense for fighting back to make things competitive in Monday’s 8-7 loss. Raimel Tapia and Cavan Biggio both hit HRs following up Sunday’s power outing where George Springer, Vlad Guerrero, Jr., Teoscar Hernandez, and Lourdes Gurriel, Jr. all went deep as the Jays plated 10 runs against the Yankees.

If Chicago can get a series win against Toronto they then welcome last-place Baltimore in for a 4-game home stand. That gives the White Sox some great potential to get themselves involved in this heated AL Central race that Minnesota and Cleveland are duking out with just one game separating them. The South Siders are just 4.5 GB as well.

Andrew Vaughn had the big night at the plate on Monday, going 4-5 with a HR. Anderson had a couple of hits in his first game since May 29th (groin) and Luis Robert hit a 2-run blast so all seems right with Chicago. Vaughn has gone 3-3 with a HR and a double in his career against Toronto starter Gausman.

Dylan Cease (5-3, 2.91 ERA) hasn’t allowed an ER in four straight starts and he’ll look to continue that trend on the mound on Tuesday night. It’s five of the last six that opponents haven’t scored against the right-hander, with his lone rough outing over that span giving up 7ER over 3.0 IP in a 16-3 loss to the Red Sox.

Chicago has some real solid value as +110 home underdogs in the Vegas odds. The Sox are 5-2 over their last 7 and with 5 of those 6 wins coming against a RH starter. Gausman struggled in his last outing against Baltimore of all teams and Cease just doesn’t allow earned runs. A very interesting line indeed.