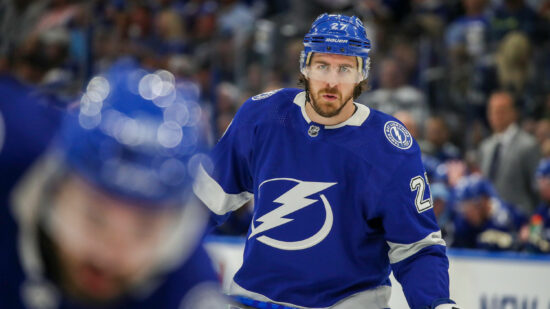 If you’re looking for the latest Blues vs Lightning prediction and odds, then look no further than Vegas Odds.

The St. Louis Blues saw their long winning run brought to an end in their previous fixture, but they will be looking to get back on track on the road against the Tampa Bay Lightning on Friday.

The St. Louis Blues recovered excellently following an extremely slow start to the season, and that sees them come into this fixture against the Tampa Bay Lightning sitting fourth in the Central Division. However, they will be looking to get back to winning ways after suffering just a third defeat in their previous ten games last time out.

That Blues defeat was a humbling loss on the road against the Buffalo Sabres, as they conceded six times. Three of the goals for the Sabres were scored in the third period. The only bright moments for the Blues were delivered by Brayden Schenn and Pavel Buchnevich, who scored the goals in the defeat.

The Tampa Bay Lightning remain in a menacing position in the Eastern Conference, as they look to reach the Stanley Cup finals for the fourth consecutive year. Tampa has gone 6-3-1 over their previous ten games, and like the Blues, they will be looking to avenge a recent defeat.

The Lightning were well beaten at home by the Eastern Conference leaders earlier this week, as the Boston Bruins ran out comfortable 5-3 winners. Nick Paul was the star of the show for the home fans, as he scored twice for the Lightning in the defeat.

The Blues have picked up wins in five of the previous six games against the Lightning. However, we could see the hosts recording the victory on Friday, as they have been pretty consistent at home throughout the season.