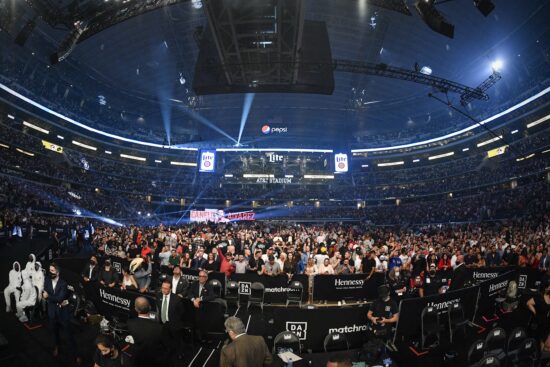 One of the biggest boxing events of the year will take place at the O2 Arena this weekend. Two of the biggest family names in the sport will collide once again, as Chris Eubank Jr takes on Conor Benn. The bout will be competed at catchweight, with both fighters competing at 157 pounds. You can find the latest boxing prop markets for the Chris Eubank Jr vs Conor Benn bout here.

You can find our full fight preview for Chris Eubank Jr and Conor Benn right here.

ALSO SEE: US Senate Election Vegas Odds: Midterms a Little Over a Month Away

No love is lost between these two boxers, meaning a KO/TKO finish looks like the most likely betting angle. We are actually pretty sweet on Benn’s chances this weekend, and he could be set to impress stepping up two weight classifications. There certainly looks to be value in the Benn stoppage, given that he has won 14 of his 21 professional fights by this method.

Will The Fight Go The Distance Vegas Odds & Pick

As we mentioned above, we struggle to see this fight going the full 12 rounds. Therefore, we are very keen on the selection at -200 this weekend. This is likely our strongest fancy for the bout this weekend.

This looks set to be the most lucrative betting market for the bout this weekend, given that we don’t expect the fight to go the distance. Both fighters will look to get off to quick starts, but we can’t see a stoppage being scored in the opening four rounds. Instead, we could see Benn getting the stoppage victory in the sixth. If the fight lasts longer than that, we would be tempted by a ninth-round stoppage victory for Eubank Jr as an insurance play.