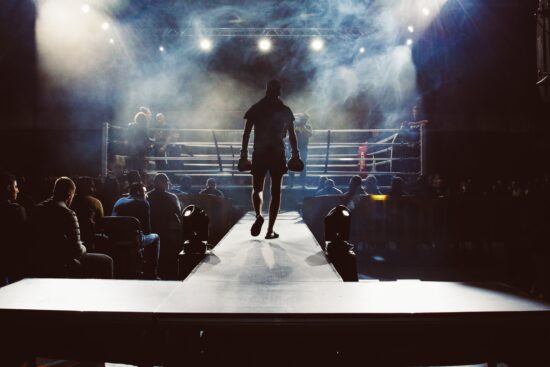 A family war finally looks to be settled on October 8, as Conor Benn and Chris Eubank Jr continue the war between the two families at the O2 Arena. Lifelong boxing fans will remember the clashes between Nigel Benn and Chris Eubank Sr throughout the 90s, as they fought twice. Eubank Sr won the first fight in 1990, before the rematch in 1993 saw a controversial draw. But, in the battle of the next line of fighters from their families, who will come out on top?

Conor Benn will be looking to avenge his father’s disappointment against Chris Eubank Sr, and despite him being the outsider in the betting, more than a case can be made. The weight for the bout is likely to be set at catch-weight, and with Eubank likely needing to come in lighter than any previous fight, the ball could be in his court.

Benn has a stunning record in the welterweight division, and boasts a perfect professional record of 21-0. He has won 14 times by knockout, and seven times by decision. He has been the reigning WBA Continental welterweight champion since July 2018, as he picked up a unanimous decision victory against Cedrick Peynaud.

Since then, he has stopped Jussi Koivile, Samuel Vargas, and Chris Algieri. His last fight came in April, as he beat Chris van Heerden in stunning fashion with a second-round TKO.

Eubank Back On Track

For a long time, it looked as though Chris Eubank Jr would never reach the lofty heights that many expected. A first professional defeat was suffered in November 2014 against Billy Joe Saunders, before he was beaten again four years later for the WBA super-middleweight title against George Groves.

However, he has been able to piece his form back together in recent years. He won the IBO super-middleweight title against James DeGale in 2019, before adding the interim WBA middleweight title with a TKO finish of Matt Korobov in December 2019. After a long break, he returned with routine wins against Marcus Morrison and Wanik Awdijan, before setting up a huge showdown against Liam Williams.

However, in the biggest fight held in Wales in over 30 years, Eubank looked more controlled, as he dictated the pace and placed his shots to perfection to claim a unanimous decision victory over Williams.

It will be a massive night of boxing in London, with family pride on the line, as well as bragging rights. No details surrounding weight allowances have been made official at present, but the fact that Eubank is coming down in weight is likely to be a big plus in Benn’s favor.