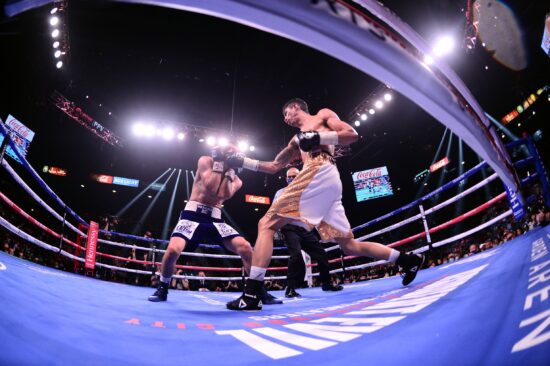 There will be a huge night of boxing on Saturday, July 9, as Mark Magsayo defends his WBC featherweight title against the experienced Rey Vargas in Texas. It should be a compelling bout, with both fighters coming into the title scrap with perfect records.

Mark Maysayo comes into the fight as the clear favorite in the betting at present. The Filipino boxer is currently ranked as the second-best active featherweight by The Ring, and seen as the third-best by BoxRec and TBRB. The 26-year-old currently boasts a perfect record of 24-0, with 16 of his professional victories coming by knockout. However, he will have a disadvantage in this fight, as he is shorter than Vargas, while the challenger also has a longer reach.

Magsayo has been the WBC featherweight champion since earlier in the year, as he stunned Gary Russell Jr to win by majority decision in January. That victory was certainly the biggest of his career to date, as many expected the American to get the win in New Hersey. However, Magsayo remains an up-and-coming boxer with all the tools to excel. He can opt to look for an early finish or just dictate the pace and look to score a victory on the judges’ scorecards.

This will be a new challenge for Rey Vargas in Texas at the start of July, as he looks to become a two-weight world champion. The 31-year-old held the WBC super bantamweight title for three years between 2017 and 2020. He was also excellent at amateur level in Mexico, as he won seven national championships, including the Panamerican Championship gold in 2009.

Vargas hasn’t yet fought this calendar year, with his most recent bout coming in November at the MGM Grand, as he beat Leonardo Baez by unanimous decision. That was his return to the ring after just under two years away following his unanimous decision victory against Tomoki Kameda to retain the WBC Super Bantamweight title in July 2019. His height and reach advantage could be vital factors in his favor against Magsayo, and using them to find openings could be crucial to his chances of becoming a two-weight world champion.

This will be a huge test for Magsayo in July. However, we would be keen to stick with the current champion, who still looks to be improving and is more familiar with the weight demands in the featherweight division.