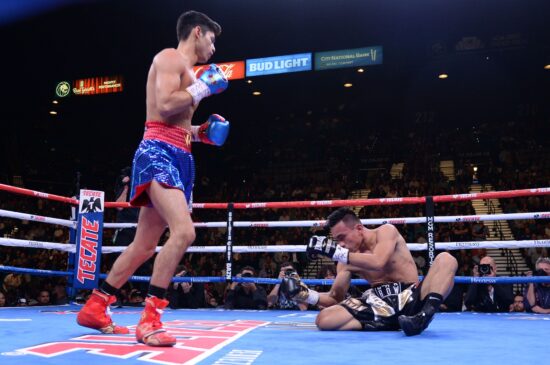 One of the biggest fights in the world could be set to happen before the end of 2022, as Ryan Garcia and Gervonta Davis look set to square off for the WBA lightweight championship. But, which fighter is currently the favorite in the betting, and when could the fight potentially happen?

Excitement has always followed Ryan Garcia, but that was stepped up a gear over the past weekend with a dominant victory against a previous world champion. The 23-year-old knocked Javier Fortuna down in the fourth and fifth rounds before the victory was finally recorded after a TKO finish in the sixth. The victory means that the Mexican-American now boasts a perfect professional record of 23-0, with all but four of his victories coming by knockout.

It has been an impressive start to the year for the much-hyped boxer, as Garcia has won twice in four months since returning from a 15-month break. His earlier win this year came by unanimous decision against Emmanuel Tagoe, but this success against Fortuna has put a real marker down with a money-spinning title showdown with Davis now on the horizon.

A fight between Davis and Garcia has been on the cards for a while now, with the first challenge put down in December following Davis’s victory against Rolando Romero. However, Garcia’s return to the ring has been extremely strong, and his call-out for the fight was greeted by a Tweet from Davis on Saturday night saying ‘See y’all the end of the year’. The response immediately led fans to believe that a title fight between the two is in the works, but Davis could yet be teasing a different fight.

There could yet be obstacles in any negotiation for the fight, namely the clash between the promoters that represent the boxers when it comes to broadcasting rights. Davis is promoted by Mayweather Promotions, which streams its events on Showtime. Meanwhile, DAZN is the preferred broadcasting choice for Garcia’s Golden Boy Promotions.

The purse split could also be a decisive factor, as both Davis and Garcia believe they should be the A-side. However, if the fight happens in the lightweight division, it would be hard to argue against Davis being the A-side, given that he is defending his title. Davis is the favorite to win the bout between the two talented North American boxers, but we currently see value in the play on Garcia.