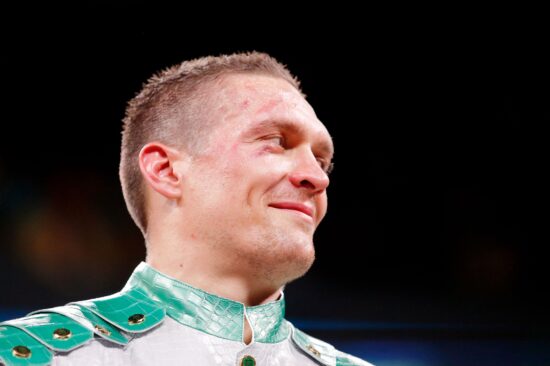 One of the great heavyweight fights of the past couple of years took place on Saturday at the Tottenham Hotspur Stadium, as Anthony Joshua defended his WBA (Super), IBF, WBO and IBO heavyweight championships against unified cruiserweight champion, Oleksandr Usyk.

Questions were hanging over the Ukrainian challenger and his heavyweight credentials, but he answered those in emphatic fashion with a majority decision victory against the Brit.

Usyk Listed As Favorite For Rematch

Such was the Ukrainian’s dominance throughout the fight, that he has immediately been listed as the favorite for the rematch. Sportsbooks have priced Usyk at an early price of -225 for the rematch, while Joshua is as high as +175. It can’t be understated just how good the Ukrainian was on Saturday evening, winning the fight on all three scorecards. In truth, the fight wasn’t even close, and his movement around the ring was something that AJ struggled to deal with throughout the contest.

Joshua needed to contend with a swollen eye for much of the latter stages, but there was a sense that the tide nearly turned in his favor in the closing rounds, as Usyk was bleeding visibly from his eye. However, the new heavyweight champion closed out the fight in strong fashion and would have counted himself unlucky not to get the stoppage win, as Joshua ended the fight with the ropes just about keeping him upright. The result was predicted on the VegasOdds preview show for the huge fight, which can be found below.

The fight between Joshua and Tyson Fury now looks further away than ever following Usyk’s victory on Saturday night. Fury has a huge fight himself in a couple of weeks, as he defends his WBC and The Ring titles in a trilogy fight against Deontay Wilder. The Gypsy King is heavily favored with BetOnline.ag to repeat his last victory against the American, but what happens after that is anybody’s guess.

A win for Fury would lead to the most confusing outlook, but a date with fellow Brit Dillian Whyte will be the first fight in the book. Whyte has been the mandatory for the WBC title for some time now, and whoever wins the October fight between Fury and Wilder will likely clash with Whyte in early 2022. A shock win for Wilder could mean the easiest route to a Joshua and Fury showdown, as the fight could easily be made with no titles on the line and just a battle for pride in the United Kingdom. A non-title fight against Fury is something that Joshua has already spoken about.

The most important decision rests with Joshua, if he invokes his rematch, as Eddie Hearn suggested, the Usyk/Joshua fight will likely happen before any Fury showdown. However, should AJ step aside, then a Usyk fight against the second-ranked WBO heavyweight, Joe Joyce could be his first title defense.