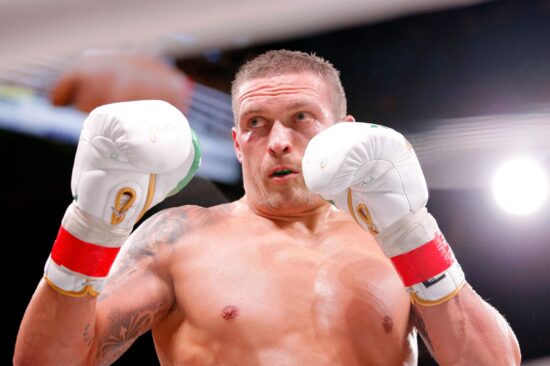 The second half of 2021 in boxing is all about the heavyweight division, as there are two blockbuster main events set to take place. The first of those will see Anthony Joshua return to the ring to take on unbeaten Ukrainian Oleksandr Usyk with the WBA (Super), IBO, IBF, and WBO heavyweight titles on the line.

There had been hope around the boxing world that a unification fight for the heavyweight titles was closer than ever earlier this year. An agreement between Joshua and Tyson Fury was reached, but the plans were scuppered after Deontay Wilder was ruled by a judge to have his trilogy bout with Fury. Eddie Hearn wasted little time in finding a new high-quality opponent for Joshua, as mandatory challenger for the WBO title Oleksandr Usyk was quickly announced.

One thing that critics of Joshua certainly can’t say is that he ducks away from the biggest challenges. In September, he will once again fight one of the best, which is something that he has done throughout his career. AJ has already seen off challenges from Dillian Whyte, Joseph Parker, and Wladimir Klitschko throughout his career. He has also proven his mental strength after coming back from a shock defeat against Andy Ruiz Jr to become a two-time world champion by beating the Ruiz. He has since regained his titles, as he beat Kubrat Pulev by KO in December last year.

There is no denying Usyk’s credentials inside the ring. He is the only fighter to have ever held all four cruiserweight world titles, and excitement certainly reached new heights when it was revealed that he would be stepping up to the heavyweight division in 2019. His final fight as a cruiserweight was an excellent display against Tony Bellew, as he beat the Brit by KO in the eighth round.

He is yet to reach the heights expected since moving into the heavyweight division, but he has passed both of the two tests that he has faced. He overcame Chazz Witherspoon with a stoppage victory in the seventh round on his debut in the division. Most recently, Usyk overcame Derek Chisora by unanimous decision in October of last year to win the WBO inter-continental championship. However, this is a much bigger fight for the 2012 Olympic gold medallist.

Who will win the heavyweight showdown between Joshua and Usyk?

It will be a fascinating contest in London in September, as two former Olympic heavyweight champions clash in the middle of the ring. From what we have seen from Usyk in the heavyweight division, he still has something to find to become a world champion. If Joshua is at his sparkling best, then we expect the Brit to pick up the win after 12 rounds of action.