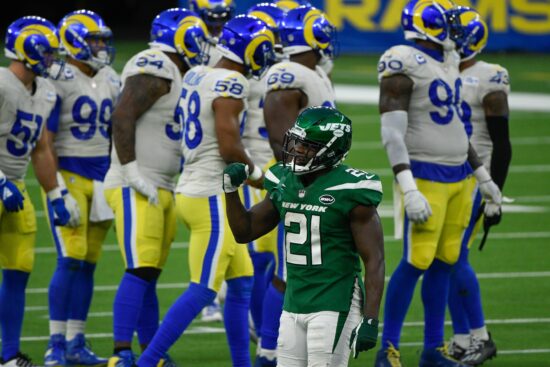 The undercard bouts for the upcoming clash between Tommy Fury and Jake Paul are being finalized. This week it was revealed that stars of NFL and NBA will clash in a heavyweight contest, as Deron Williams and Frank Gore make their professional boxing debuts in Tampa, Florida

Despite both sporting stars making their professional debuts in December, it’s Deron Williams that has been listed as the early favorite in the betting. Williams admitted in the announcement for the bout that he has been associated with combat sports from an early age, and even owns his own MMA gym. He also admitted that he has been biding his time to become professional, as it has been something that he has been thinking about for a number of years. Williams does have past history in combat sports too, as he previously won world championships in wrestling during his college days in Texas.

However, transferring that into a boxing ring will be the biggest challenge that he faces. Most will know Williams from his NBA days, as he was a third-round pick in the 2005 Draft. He was a three-time NBA All-Star during his career, and scored 13,804 points during his NBA career. Williams spent time with the Utah Jazz, Brooklyn Nets, Dallas Maverick and the Cleveland Cavaliers before retiring in 2017.

Gore The Outsider On Professional Debut

Despite having the same experience inside the boxing ring as his opponent, Frank Gore is already listed as the clear outsider for his professional debut in December. Gore is one of the most instantly recognizable American Football figures, as he holds the record for the third-most rushing yards of all-time. The 38-year-old also played in five Pro Bowls during his career, with his most recent appearance coming in 2013.

The majority of his playing career was spent with the San Francisco 49ers, where he played between 2005 and 2014. After leaving the 49ers, he spent two years with the Indianapolis Colts, before signing one-year deals with the Miami Dolphins and Buffalo Bills. His final year in the NFL came with the New York Jets in 2020. Gore’s fitness shouldn’t be an issue in the ring, as he holds the record for the most games played by a running back. However, it’s unknown as to how his training has been progressing ahead of the bout.

It seems near impossible to make a wager on this bout given the very little that we know about both stars in the ring. However, Williams has experience in combat sports at a college level, and he has indicated that he has been training towards a professional boxing bout for years.