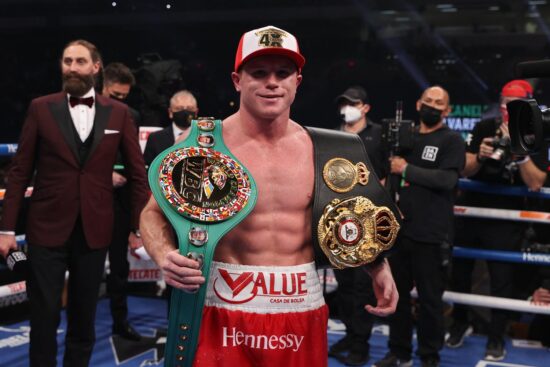 Whenever Saul Alvarez takes to the ring, there is worldwide attention. The pound-for-pound great will be back in action for the second time in three months this weekend as he defends his super-middleweight titles against Turkish fighter Avni Yildirim.

Saul Alvarez vs Avni Yildirim Tale Of The Tape

Fight fans needed to wait over a year to see Canelo back in the ring, but it looks as though they will be seeing more of the legendary Mexican this year. There are rumors that a massive super middleweight bout between himself and Billy Joe Saunders are very close, and the unification bout could happen in the summer. However, before the Mexican looks forward to that fight, he must first overcome Yildirim this weekend. Alvarez was last in action at the end of December, as he dominated proceedings against Callum Smith. Alvarez won by unanimous decision on that occasion, but in truth, the gulf between the two was clear for all to see.

The Mexican threw 214 punches in that fight compared to the 99 that his opponent was able to. He landed on 43.3% of his punches, which was much higher than the success rate of 18.4% that Smith landed. He was also efficient with the jab throughout that fight, as he landed 32.1% of his efforts, while he also recorded a 57.3% success rated with his power punches.

To say that Yildirim is the outsider to win this fight would be an understatement. A win for the Turkish fighter would be up there will the biggest shocks that we have seen in the boxing world and would be a bigger surprise than Anthony Joshua’s heavyweight defeat against Andy Ruiz Jr a couple of years ago.

This is the second time that the former WBC international champion has competed for a world title after he was beaten by Anthony Dirrell after a technical decision was called after an accidental head clash. That defeat ended a run of five straight victories, but the 29-year-old has constantly come up short when asked to take a step up to the next level. His other career defeat came against Chris Eubank Jr back in 2017, as he was knocked out in the third round of the IBO super-middleweight contest.

Who will win tonight’s fight:

This should be a straightforward fight prediction to make, as Alvarez is the number one super middleweight in the world. The Mexican will put on a show for the fans this weekend, and we expect him to earn a 37th career knockout success.