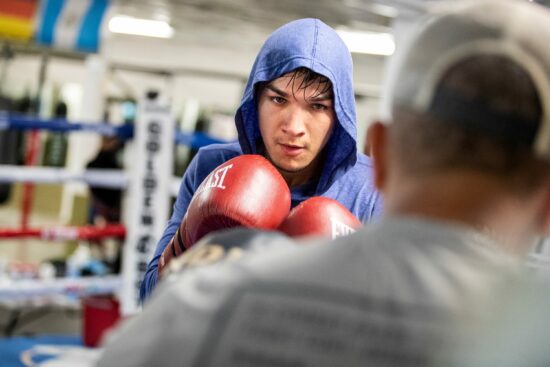 Stephen Fulton hasn’t allowed the delay to diminish his confidence that he will get the job done when the two super bantamweights clash. Fulton has reiterated his belief recently that he will dominantly prove that he is the best in the super bantamweight division by brutally ending Figueroa’s hopes of unifying the division. The reigning WBO champion has certainly got a proven record of ending fights with that method, as he has won eight times by knockout in his career to this point, with his remaining eleven victories coming by decision.

However, since winning the title, he hasn’t ended a fight within the distance when the title has been on the line. His most recent finish inside the distance was against Isaac Avelar in Texas, but no titles were on the line on that night. Fulton has been the WBO champion since beating Angelo Leo by unanimous decision in January 2021.

Figueroa Outsider For The Fight

Brandon Figueroa comes into this November unification as the underdog in the betting, but that will not deter those that support the 24-year-old from supporting him. The American is the current top-ranked boxer in the division by BoxRec, while The Ring and TBRB ranks him as the fourth and third, respectively. Figueroa won the WBO super bantamweight title in his last fight, as he stopped Luis Nery in the seventh round in California.

Holding championships is something that the 24-year-old has become accustomed to over the past three years, as he was previously the WBA interim champion, before winning the WBA (regular) title further down the line. The only blip on his record to date came in his split decision draw against Julio Ceja, but he responded to his critics with a dominant TKO win over Damien Vazquez in September 2020.

Who will win this fight in the super bantamweight division:

We will be more than happy to take a chance on the outsider in the betting. Figueroa has the height and reach advantage, and has won 17 times by knockout in his 23-fight career to this point. The best could be yet to come from the 24-year-old.