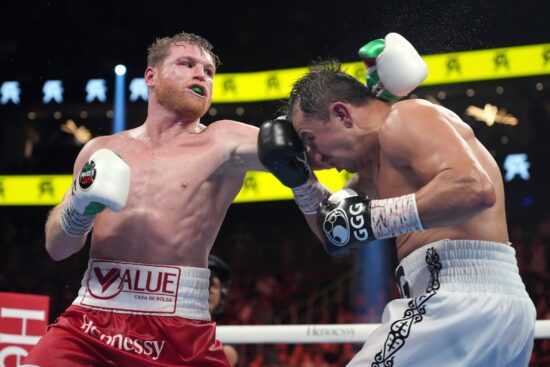 There’s no denying that Saul Canelo Alvarez is one of the most exciting boxers on the planet. The four-weight world champion recently ended his long-running feud with Gennady Golovkin earlier this month, scoring a unanimous points decision to claim victory for the second time in three fights. However, betting markets are now open regarding who he may come up against in his next bout.

Bivol Rematch Is Most Likely Bout

Canelo doesn’t like having blemishes on his record, which means a showdown against Dmitry Bivol could be the most likely route that the Mexican takes. The WBA, WBC, IBF, WBO, and The Ring super middleweight champion stepped into the light heavyweight division for the first time in three years earlier in 2022, but he couldn’t get the better of Dmitry Bivol.

The unbeaten Russian claimed victory by unanimous decision and landed more punches in all 12 rounds. Despite many experts believing that the Russian was the deserving winner, Canelo questioned the scorecards in the aftermath. He explained that he believed that Bivol only won a maximum of five rounds and that he was the deserving winner. The Mexican also announced his intention for a rematch in the aftermath, claiming that ‘we’re going to do better in the rematch’.

Ramirez Could Be The Sticking Point

The one potential banana skin when it comes to making the rematch happen could come in the form of former WBO super middleweight champion, Gilberto Ramirez. He is set to take on Bivol in Abu Dhabi on the first Saturday in November. A victory for the Mexican could set up a potentially massive fight with his compatriot.

There is every chance that Ramirez could walk away with the gold from the UAE, as he boasts an incredible professional record. To date, he has won all 44 fights that he has been involved in, winning by KO on 30 occasions. It’s also clear to see that there would be huge Mexican interest in a showdown between Alvarez and Ramirez, and it could be the first time that Canelo has fought in his home country since beating Kermit Cintron in Mexico City in November 2011.

A return to the light heavyweight division looks incredibly likely for Canelo when it comes to his next bout. That means either Bivol or Ramirez could his next opponent. However, the slight preference is for the Russian, as we expect him to come out on top against the Mexican at the start of November.