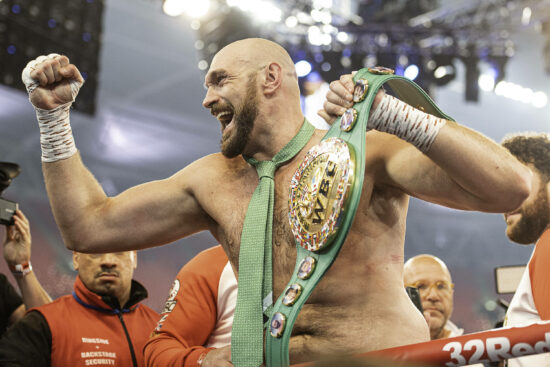 If you’re looking for the latest Tyson Fury vs Derek Chisora prediction and odds, then look no further than Vegas Odds.

One of the biggest stars in boxing makes his return to the ring on Saturday, as unbeaten heavyweight Tyson Fury defends his WBC title against long-time rival Derek Chisora. The Gypsy King will be looking to record a third victory against Chisora and set himself up for a big 2023, which could include a showdown against Oleksandr Usyk.

It’s fair to say that this showdown between Tyson Fury and Derek Chisora isn’t exactly the fight many fans had been hoping to see. It had been rumored that a fight between Fury and Anthony Joshua was close, but the plug was pulled with very little time available to make such a blockbuster fight. Chisora has never been one to shy away from a challenge, and at this stage of his career, it is extremely likely that this will be his final opportunity to win a world title.

However, all the attention will be on the Gypsy King, as he fights for the second time this year. Fury looked as dominant as ever on his return to British soil in April, as he beat Dillian Whyte in the sixth round by TKO to successfully defend his WBC and The Ring titles. Since that win, Fury retired once again, which handed The Ring gold to Oleksandr Usyk following his victory over Joshua.

This will be the third meeting between Fury and Chisora, with the Gypsy King having won the previous two in dominant fashion. The most recent of their bouts came in November 2014, with Fury winning in the tenth round to capture the European, WBO International, and British heavyweight titles.

It could be argued that Chisora comes into this fight with absolutely no pressure. Del Boy is coming toward the end of his career and should come into this fight in good confidence after ending a three-fight losing streak with a positive showing against Kubrat Pulev. However, reservations surrounding Chisora’s ability at the highest level have remained throughout his career, as he has already suffered comprehensive defeats against Joseph Parker, Oleksandr Usyk, and Dillian Whyte.

In truth, this fight is a complete miss-match. Fury will have the fight at his mercy from the very first bell, and it will be a massive shock to see the bout last the full 12 rounds. We could see the Gypsy King putting on a show for the fans in attendance, and a finish in the seventh or eighth round could be on the agenda.

It seems unfair to say that Derek Chisora shouldn’t be in a world heavyweight title bout, but given the quality in the division, it certainly appears that way. There is a gulf in class between these two heavyweights, and we can only see it ending with a stoppage victory for the Gypsy King.