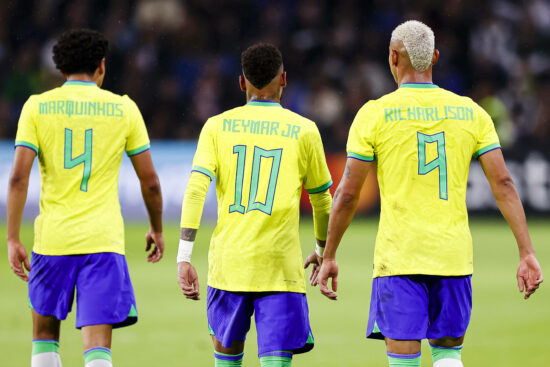 If you’re in search of some World Cup predictions, look no further, because, in this article, Vegas Odds are going to preview Brazil vs Serbia.

Brazil and Serbia met four years ago in Russia, and they will again, today in their opening game at the 2022 World Cup in Qatar.

The Brazilian team comes to Qatar with just one goal, and that is to win the title. Anything else would be a disappointment for Tite and his crew. For the moment, Selecao is without a loss in the past 15 games and looks quite confident.

They have seven wins in a row, and in five of those triumphs, they netted four or more goals, which is pretty impressive. Though, once you have Neymar, Raphinha, Richarlison, and the rest of the crew, that isn’t odd to see.

Serbia is in good form as well, with six consecutive events without a defeat and very good and healthy chemistry. The Serbs have minor problems with injuries, with Mitrovic and Kostic probably skipping this game, but head coach Stojkovic has replacements for them as well.

The attack is the strongest part of this crew, with Juve’s Dusan Vlahovic leading the way. Serbia scored multiple goals in five of the previous six encounters.

Nemanja Gudelj to be Booked

Gudelj will have a lot of problems in defense, having to cope with incredible pressure coming from all sides. That’s why the Serbian will eventually receive a yellow card.

Serbia has a good team, but in this particular case, they can’t compete with Brazil, who will win tonight’s event.