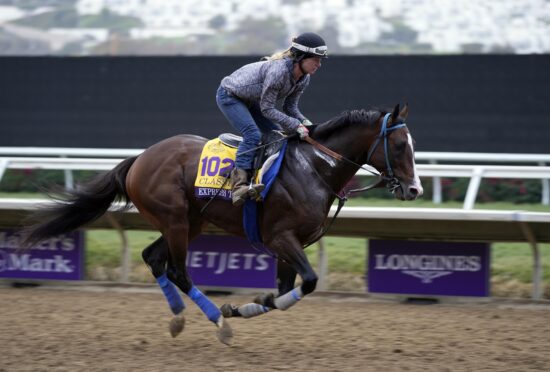 The Breeders’ Cup is edging ever closer, so there is a slight rush for contenders to book their places in the biggest races. A place in the Breeders’ Cup Classic will be on the line this Saturday at Santa Anita, as the Awesome Again Stakes is the big Grade 1 action on the card in California.

The Vegas Odds for the Awesome Again Stakes will not be released until Saturday. However, the latest offshore prices for the action at Santa Anita can be found below.

He landed the G1 Dubai World Cup earlier in the season and has finished as the runner-up in both the G2 San Diego Handicap and G1 Pacific Classic in his previous two starts. He regularly posts speed figures of 100+, and victory this weekend firmly puts him in a commanding position for a strong challenge in the Classic.

Royal Ship is expected to be the main danger to Country Grammer this weekend, as the six-year-old beat the Baffert-trained horse in the G2 San Diego Handicap back in July. However, his third in the G1 Pacific, behind Country Grammer and Flightline, does show clear limitations. With this weekend in mind, it is worth examining his course form, as he performs well at Santa Anita.

He has posted speed figures of 100+ on each of his previous six starts, with victories coming in the John Shear Mile and G2 Californian Stakes. However, on level weight with Country Grammer, it’s hard to see him getting the better of the favorite.

It seems a lifetime ago that Express Train was the ante-post favorite for the Breeders’ Cup Classic. The five-year-old has a lot to find on recent form with these rivals, as he finished fourth in the G1 Pacific and second in the G2 Californian Stakes.

However, like Royal Ship, he has some eye-catching form at Santa Anita. Both his wins this season have been recorded at the track, which includes the 106-speed figure recorded when landing the G2 San Pasqual in February. However, he was third in this race last year and is yet to win in Grade 1 company.

While I still have doubts surrounding Country Grammer’s ability to beat the very best over this distance, this should almost be a formality this weekend. He finished well clear in second against several re-appearing rivals in the G1 Pacific, and it’s unlikely that any will get any closer this weekend. Santa Anita form boasted by Express Train makes him a very interesting second choice, but this weekend should be all about Country Grammer putting down his marker for the Classic.