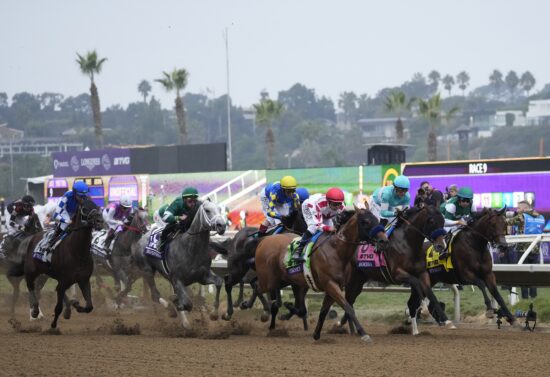 There will be a great deal of excitement this weekend, as we will get a first look at some of the brightest two-year-olds in action in the U.S. The Champagne Stakes is a Grade 1, and offers a place in the G1 Breeders’ Cup Juvenile. Also, the race offers ten points towards qualifying for the Kentucky Derby next year.

The Vegas Odds for the Champagne Stakes aren’t released until Saturday morning. However, the latest offshore prices for the race can be found below.

Steven Asmussen last trained the winner of this race in 2020, as Jackie’s Warrior stormed to glory. He will be hoping that Gulfport can follow in his footsteps this weekend.

The two-year-old has won two from four starts to date but has come up short in each of his last two starts in graded company. He was beaten by Damon’s Mound in the G2 Saratoga Special, before once again finishing as the runner-up in the G1 Hopeful over seven furlongs behind Forte. However, there is a feeling that he looks perfectly set up for this step-up in trip.

The Brad Cox-trained runner in this race could be worth supporting this weekend. Despite this being just his second career start, there was enough to like about how he won on debut at Saratoga at the end of last month.

He won going away from Track Mate over six furlongs, which suggests that this immediate step up to a mile isn’t going to be a concern. A speed figure of 89 was recorded, which was higher than the rating achieved by Gulfport when he finished second in the G2 Saratoga Special.

Blazing Sevens is the third choice in the betting this weekend. He is trained by Chad Brown, who landed this race 12 months ago with the impressive Jack Christopher. However, his runner this year has a fair bit to find on form.

Blazing Sevens finished third in the G1 Hopeful on his latest start, finishing behind Gulfport, who he re-opposes this weekend. On debut, he was a winner of six furlongs at Saratoga. However, we think he has far too much to find on the favorite this weekend.

There is enough to suggest that taking on the favorite this weekend could be beneficial. Verifying makes a strong case, but the slight preference is for Top Recruit. This runner will have Irad Ortiz on board, and he looked very impressive when stepped up to seven furlongs for the first time in August to land the Ellis Park Juvenile with a speed figure of 92. That firmly puts him in the mix, and a prominent starting position ensures that there is certainly value there this weekend.