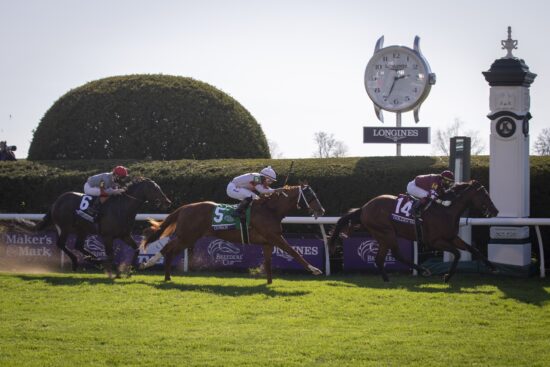 We will get a first look at some of the exciting juveniles that we may be seeing at the Breeders’ Cup in Keeneland on Sunday. The Darley Prix Morny will feature two-year-old sprinters, and will be run at Deauville. A talented field will line up in the race, and all make compelling cases.

The latest Vegas Odds are currently unavailable for the Darley Prix Morny. However, below, you can find the latest offshore prices for the big race.

The Darley Prix Morny was first run back in 1865, and is staged at Deauville every August. Fillies and colts are both eligible to run, with fillies getting weight allowance should they be contesting the race.

George Stern is the leading jockey in the race with ten victories, while Robert Denman is the leading trainer with eight victories. There has been an international flavor to the race in recent editions, with American trainer Wesley Ward training Campanelle to success in 2020. Some of the key trends to consider include:

Surprisingly, it has been over 22 years since Aidan O’Brien’s last win in this race, but he holds a very strong hand this weekend. Blackbeard holds the highest RPR in this race at 123 and was a very impressive winner at Chantilly on his previous outing. He managed to outlast The Antarctic in the Group 2, eventually winning by three lengths. Blackbeard has been a regular runner throughout the season, and he has recorded three victories from five starts in stakes company.

O’Brien’s record in the race may see punters look to the second choice in the betting. Persian Force is the runner for Richard Hannon on Sunday, and his record on track has been excellent throughout this season. He broke his maiden on debut over this distance, before being stepped up to six furlongs since. His latest outing saw him lose at the Curragh to Little Big Bear, but the winning horse on that day looks to be one of the contenders that looks a Classic hope next term.

I think The Ridler is comfortably the most interesting play in the race this weekend, but it does come with slight doubts. He was stepped up into Group 2 company at Royal Ascot in June, but he impressed when traveling strongly towards the line to beat Walbank by a length and three-quarters. Backing it up is the biggest question that he has to answer this weekend, and he must do that in Group 1 company for the first time.

This race could easily go in any direction. Persian Force’s draw in stall one is a slight concern, while The Ridler’s win in a Group 2 was such a big shock that it might not be worth siding with him again in this company. Instead, a chance could be taken on The Antarctic, who looked back to his very best at Deauville when beating Manhattan Jungle by a length earlier this month.