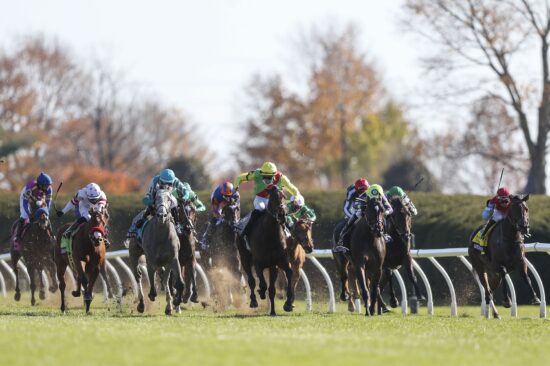 There is a lot of Breeders’ Cup Challenge action this weekend. However, the majority of races will give us glimpses of some of the finest juveniles that we may see later this year. The Miss Grillo Stakes offers an insight into the contenders that we could see compete in the Juvenile Fillies Turf at Keeneland later in the year.

The Vegas Odds for the Miss Grillo Stakes aren’t released until Saturday. However, the latest offshore odds for the race can be found below.

Be Your Best looks a very hot favorite for the Miss Grillo Stakes this weekend. She has been excellent throughout her career, winning on both previous starts. The Irish-bred runner stepped into stakes company last time out, as she landed the P.G. Johnson over this 1 1/16 mile distance.

She recorded a career-best Equibase speed figure on that showing, reaching a rating of 86. It certainly appears as though she sets the standard this weekend. However, a wide draw means she will need a very quick start over this course.

I’m always drawn to Chad Brown runners on the turf, and this week is no different. Free Look will be the ride of Flavien Pratt this weekend, as Brown looks to win this race for the ninth time. I really like this filly’s chances this weekend.

She was beaten on debut at Saratoga at the end of July, but she returned with a stunning effort at the start of September. Her victory over 1 1/16 miles at Saratoga last time out recorded a speed figure of 93, which is considerably the highest recorded by any contender coming into this race.

The only other contender that looks set to challenge for the victory based on the figures this weekend is Alluring Angel. This two-year-old is the runner of Jorge Abreu and will be the ride of Jose Lezcano. She has won once from two career starts. Her only win came on debut over 5 ½ furlongs before she finished second in the Ainsworth Untapable Stakes at Kentucky Downs.

The biggest concern is that this is a massive step up in distance, but the British-bred horse looked well-bred to be able to deal with this distance, making her a dangerous contender.

Despite Be Your Best boasting very impressive form, I’d be prepared to take her on this weekend. Chad Brown’s record in this race is staggering, and Free Look looks to be the improving sort that can deliver on this step up in class. She has a solid draw, and her running style looks perfect for the track at Aqueduct.