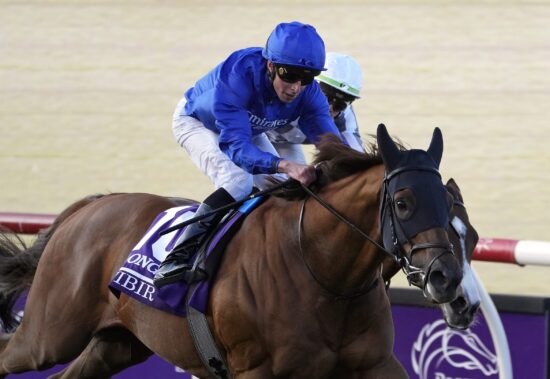 The Breeders’ Cup Challenge series is drawing to a close, but there are still important places on the line across the world over the next month. This weekend, the eyes will be on Newmarket, as a place in the Breeders’ Cup Juvenile Turf will be up for grabs in the Royal Lodge Stakes.

There is a slight disappointment that the race this year has only drawn four runners, but it isn’t very surprising given the huge weekend at Longchamp, France, next weekend, and Champions Day at Ascot also creeping into sight. However, Charlie Appleby-trained Flying Honours will be looking to take advantage this weekend. These connections finished second in the race last year with Coroebus, who won the 2000 Guineas earlier this term.

Flying Honours has won his previous two after suffering defeat on debut at Newmarket on debut. He held off Stormbuster by over five lengths on his first start over a mile at Salisbury in August, and that bodes extremely well for his chances this weekend. He is the highest-rated horse in the race by a considerable margin, and the betting certainly suggests that he will have more than enough this weekend.

Aidan O’Brien has an excellent record in the Royal Lodge Stakes, as he has won two of the previous four editions. His contender this weekend comes in the form of Greenland. Currently rated at 98, he has plenty to find on Flying Honours this weekend.

After falling short in each of his first three starts, he finally got off the mark over seven furlongs at Roscommon at the end of August. On that occasion, he beat Ma Belle Artiste by two and three-quarter lengths. However, that isn’t the strongest form in the book, and he was beaten on his only career start over a mile at Killarney back in July.

Andrew Balding last won this race back in 2014 with Elm Park. His chance this year comes in the form of The Foxes for the King Power Racing team. He finally got off the mark at the third attempt at Goodwood at the end of July, beating Classic by a neck over seven furlongs.

He is untested over a mile, but there is every chance that he could rise to the challenge at Newmarket this weekend. However, like Greenland, he has plenty to find on the ratings. Due to the field being so short for the Royal Lodge Stakes this year, we make him extremely short, and the risk doesn’t really weigh up his realistic chances.

This is an extremely weak renewal of the Royal Lodge Stakes this year, and it looks unlikely that any contender will really threaten at the Breeders’ Cup. However, Flying Honours almost certainly has the best form in the book, and he looks extremely hard to oppose.