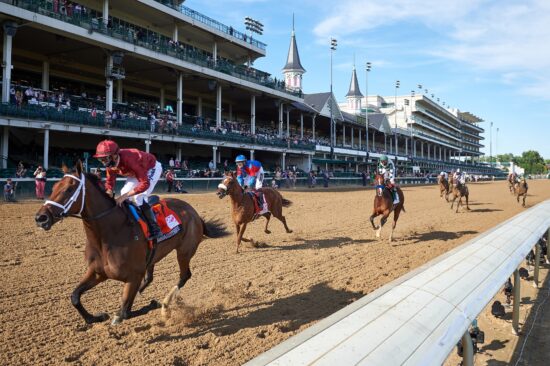 The Whitney Stakes is one of the most prestigious races held during the Saratoga summer meet, and this year’s race looks set to be a thrilling renewal. Life Is Good will be the headline name this weekend, the Breeders’ Cup Dirt winner looking to continue his charge towards the Classic later in the year.

The Todd Pletcher-trained horse won over this distance earlier in the year, as he got the better of Knicks Go in the G1 Pegasus World Cup. He was disappointing in the G1 Dubai World Cup in March, but returned to the U.S. in commanding fashion over seven furlongs in the G2 John A. Nerud. But, there is more than enough room to take him on this weekend, as the wide draw and limited experience over this distance are both concerns.

Hot Rod Charlie is such a likable horse, but he so often comes up short in the biggest races, including seconds in the G1 Dubai World Cup and Belmont Stakes. Olympiad reversed the form with Americanrevolution last time out, as he won the G2 Stephen Foster over this distance at Churchill Downs.

Both runners make stellar cases this weekend, but the slight preference is for Olympiad, who has won on both attempts over this distance, and has previously claimed success at Saratoga.

A place in the Breeders’ Cup Distaff is up for grabs at Del Mar on Saturday evening, as the G1 Clement L. Hirsch Stakes is run. Some talented fillies have won this race in the past, including Beholder and Zenyatta.

Brad Cox-trained Shedaresthedevil will be looking for a second win in this race, and she makes a very bold claim. The five-year-old was the winner of a very hot G2 Fleur de Lis last time out at Churchill Downs over 1 1/8 miles, and that saw the form with Pauline’s Pearl from the G1 La Troienne reversed. Last season, she also landed the G3 Locust Grove over this distance.

Private Mission, for Bob Baffert, is a very interesting rival this weekend. She was outclassed at Del Mar in the Distaff last year, but her success in the G2 Santa Maria Stakes over Blue Stripe was a very pleasing showing. She looks at home over this distance, as she also landed the G2 Zenyatta Stakes at Santa Anita last year.

Blue Stripe is a horse that I like at a place price this weekend, as she is always there or thereabouts. She was second to Private Mission in the G2 Santa Maria, and won the G2 Santa Margarita in April. She is far classier than her price highlights this weekend. However, it is hard to get past the defending champion, who has all the graded form in the book over these rivals.