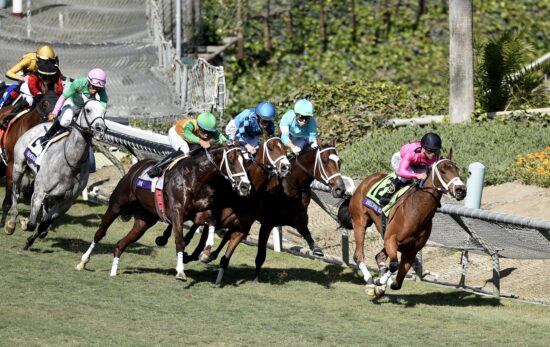 It is a busy week of Breeders’ Cup Challenge action at York, as part of the Ebor Festival this week. The standout race on the opening day comes in the form of the Juddmonte International Stakes, while the Yorkshire Oaks and Nunthorpe Stakes are held on Thursday and Friday, respectively.

The Vegas Odds aren’t yet available for the Yorkshire Oaks, but the latest offshore odds can be found below.

This year’s renewal of the Yorkshire Oaks is a very hot affair, and cases can be made for the top six in the betting. However, the market could be the biggest indicator, as the previous five winners of the race have been sent off as the favorite.

Alpinista currently holds favoritism, as she comes back in trip after winning the G1 Grand Prix de Saint-Cloud over 1m 4f on her return to the track last month. However, this year’s crop of three-year-olds could have a role to play. Magical Lagoon has won her last two, with both victories coming over 1m 4f. That includes success in the G1 Irish Oaks on her previous start.

However, Tuesday would be the pick of the Classic runners, as she was in excellent form when landing the G1 Epsom Oaks in June from Emily Upjohn. The G1 Irish Derby looked to come a bit too soon for the Aidan O’Brien runner, and she deserves respect, for a trainer that has won the previous two renewals of the Yorkshire Oaks.

The Vegas Odds aren’t yet available for the Nunthorpe Stakes, but the latest offshore odds can be found below.

The Nunthorpe Stakes looks like a very interesting puzzle to solve this year. It’s a race that British trainers have a very good record in, with 17 winners in the previous 20 years. Meanwhile, bettors will be looking toward runners that have won within their previous five starts and have placed between two and eight times over the previous 12 months. However, we would be wary of the favorite, as the only winning favorite in the previous eight editions was the dominant Battaash in 2020.

Platinum Queen will be the ride of Hollie Doyle, but there has only been one two-year-old winner of this race since 1993. Highfield Princess was a very eye-catching winner on her previous start, as she landed Group 1 success in France. However, she was well beaten on the all-weather on her last attempt over five furlongs.

Khaadem and Raasel both make very good claims, with the prior mentioned selection winning the previous meeting between the two at Goodwood in July. However, Raasel only lost by a neck that day has won three of his previous four over this distance before that start.

But, course form could be the key here, and we would be happy to take a chance on Flotus. He won at the beginning of July over six furlongs at York in very dominant fashion, finishing nearly two lengths clear of Adaay To Remember. An each-way chance could also be taken on Acklam Express, who ran a big race at Royal Ascot earlier in the year, and is a previous winner over course and distance.