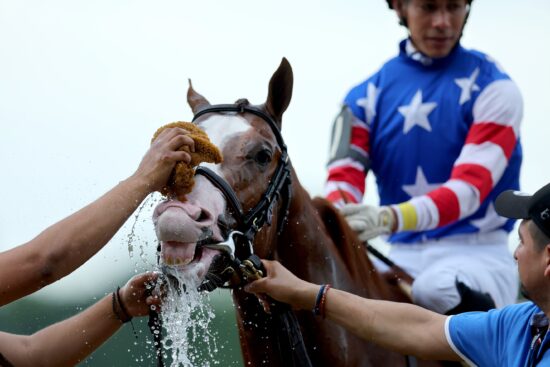 The feature race of the Breeders’ Cup comes in the form of the G1 Breeders’ Cup Classic. The race headlines a stunning second day of racing at Keeneland in 2022, as the world’s best horses on the dirt compete over 1 ¼ miles for their share of the $6 million purse.

The Breeders’ Cup Classic is often one of the hardest races of the season to find the winner, given the high-class field involved. However, trends could go a long way in helping find the most likely winner of Grade 1, and the key big race trends that are worth examining can be found below.

Flightline appears to have been aimed at the Breeders’ Cup Classic this year from a very early stage. He only made his debut on track last April, as he broke his maiden at the first attempt at Santa Anita. Since then, he has won on all three previous starts, which includes victories in both the G1 Malibu Stakes and G1 Metropolitan Handicap. However, we will likely learn more about the John Sadler-trained horse when he is stepped up in trip on his route to Keeneland.

Life Is Good had been the favorite for the Breeders’ Cup Classic after winning the G1 Pegasus World Cup back in January. That win was an extremely dominant showing, as he held off the challenge from Knick Go. However, many now have reservations surrounding his chances after a disappointing fourth in the G1 Dubai World Cup at Meydan. But, the track in the UAE always throws up a shock result, and we will be keen to reassess his chances when he likely reappears in the G2 John Nerud or G1 Whitney.

Chad Brown has a potential superstar on his hands in the form of Jack Christopher. In my opinion, this three-year-old is the best in his division at present. He was forced to bypass the Triple Crown after picking up an injury before the Breeders’ Cup last year, but he returned with a strong display in the G2 Pat Day Mile, before producing a career-best speed figure of 108 when coming out on top in the G1 Woody Stephens at Belmont in June. If he lines up in the Classic, I will be with him. But, I’d hazard a guess that the Dirt Mile may be where we see him at Keeneland later this year.

Jack Christopher is certainly the most interesting at the current prices, as we need to wait and see how Flightline performs over an extended distance. Mandaloun is also a contender I would be willing to keep on side, as he has won multiple Grade 1s, including the Kentucky Derby and Haskell.