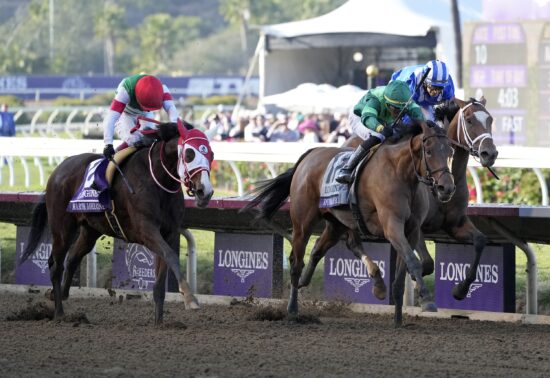 One of the most exciting races that fans will be looking forward to later in the year comes in the form of the Breeders’ Cup Distaff. This race brings together the best fillies and mares on the dirt, as the field competes across 1 1/8 miles. Last year there was a shock +5000 winner of the race, as Japanese-trained Marche Lorraine managed to hold off Letruska and Malathaat, but which runners could be involved in the contest this year?

The Distaff is typically one of the hardest races to find the winner, as there will be a number of contenders with a solid chance of claiming victory. However, the trends make for important reading before making a wager on the race, and some of the key considerations that must be made can be found below.

There was a sense that the Breeders’ Cup Distaff last year was Malathaat’s best chance to finally land a big victory over her main rivals in the U.S. However, she was eventually beaten by half a length as she needed to settle for third.

She has already started at Keeneland this year, as she won the G3 Doubledogdare in April; beating Bonny South by three-quarters of a length. However, she was beaten on her previous start by a head by Clairiere, as she finished second in the G1 Ogden Phipps at Belmont.

There had been a sense that Clairiere was always going to come up second best against the very elite in the filly and mare division. However, there could be a growing sense that this could be the season that the four-year-old finally steps out of the shadow.

She has already beaten Malathaat this year in the very competitive G1 Ogden Phipps. However, she has been beaten by Letruska already this year, while Malathaat beat the four-year-old last season and there would be no great surprises if the form reversed itself at Keeneland.

Nest is the shortest-priced of the three-year-olds that are likely to compete against the older horses in the Distaff. She ran a storming race to finish second in the G1 Belmont Stakes in June, but was beaten by Secret Oath in the G1 Kentucky Oaks in May.

There is no denying that she is one of the most talented horses in the field this year, and she has already recorded a victory at Keeneland this year with success in the G1 Ashland Stakes.

In truth, cases can be made for the top nine in the betting for the race later this year. However, it was hard not to be taken by Shedaresthedevil and her performance in the G2 Fleur de List at Churchill Downs. She held off Super Quick to win by nearly two lengths, and she has already recorded a victory against Letruska when beating the champion in the G2 Azeri last year. Trained by Brad Cox, it could be worth siding with the five-year-old at this early stage.