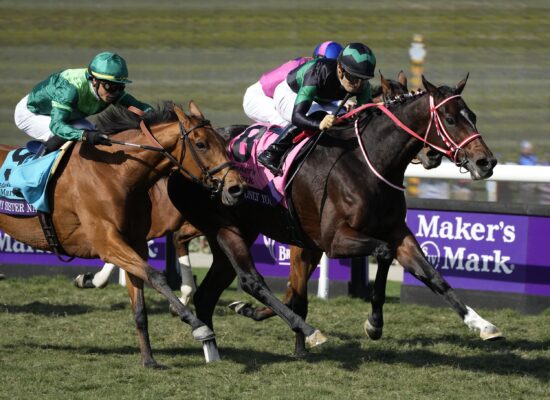 The Breeders’ Cup Filly & Mare Turf is constantly one that grabs the attention at the curtain-closing event of the flat season. That will be no different at Keeneland later this year, as a field of fillies and mares travel over a distance of 1 3/8 miles for their share of the $2 million purse. This has been a very international affair in recent years, with Japanese-trained Loves Only You winning the race at Del Mar in 2021.

As there is often a very international feel to the Breeders’ Cup Filly & Mare, there are Challenge Series races that take place across the planet. Horses that win these races automatically ensure their place in the race. However, not all horses that win races take their spot in the race, which means that assessing the chances of an international run is always essential. Regardless, the Challenge Series races for the Filly & Mare Turf 2022 can be found below:

The Breeders’ Cup Filly & Mare Turf trends are essential reading before making a wager on the race in 2022. Some of the most helpful tips to help pinpoint the potential winner of the race at Keeneland can be found below.

The betting is unsurprisingly dominated by European-trained horses. At the top of the list is Inspiral for trainer John & Thady Gosden. This three-year-old filly has been sensational on track to this point and has won all five races that she has started.

Her best run to date came on her latest start at Royal Ascot, as she hammered the field into submission to win by nearly five lengths from Spendarella in the G1 Coronation Stakes. However, it remains to be seen whether the filly travels to Keeneland later in the year with big prizes on offer in Europe.

Aidan O’Brien has regularly sent some of his best runners to the Breeders’ Cup, and Tuesday looks like the most solid chance of the top three to be lining up at Keeneland later in the year.

The three-year-old has been in excellent form this season and memorably held off Emily Upjohn by the narrowest of margins to land the G1 Epsom Oaks. However, she was slightly underwhelming last time out, as she finished over ten lengths behind Westover in the G1 Irish Oaks. But, she remains a solid contender when at her best.

The best-priced American-trained horse in the field is Regal Glory for Chad Brown. This six-year-old appears to be looking better than ever this year and has already won three from three in 2022.

Her latest win came over a mile in the G1 Just A Game Stakes, while she has already shown what she is capable of at Keeneland with a one-length victory over stablemate Shantisara in the G1 Jenny Wiley. Undoubtedly, she is the best American hopeful at this stage.

While Shantisara was beaten by Regal Glory last time out, I would be keen to stick with the Irish-bred four-year-old at this stage. She won at Keeneland last October, beating Technical Analysis by five lengths in the G1 Queen Elizabeth II Stakes, and likely needed the run last time out as a refresher. Bleecker Street is another worse closer examination as we edge closer to the Breeders’ Cup.