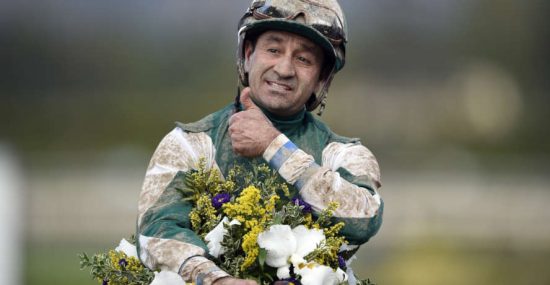 The illustrious Breeders’ Cup meeting gets underway at Keeneland this Friday, but the majority of the biggest races of the meeting will be taking place on the seventh. The Breeders’ Cup Classic will be the race that will be getting a lot of attention, but there is also a respected field set to compete for the Breeders’ Cup Turf.

The Breeders’ Cup Turf is the second most lucrative race of this meeting, as there will be a purse of $6 million up for grabs. It has been one of the biggest races at the meeting since being introduced in 1984. The horses involved in this race will run over a distance of one and a half miles, and it is one of the most popular races for European horses. History was made in this race two years ago, as Enable became the first horse to win the Prix de l’Arc de Triomphe and Breeders’ Cup Turf in the same season.

Aidan O’Brien has an excellent record in this race, as the Irish trainer has won three of the previous seven instalments. His last winner in this race was Highland Reel back in 2016. British or Irish trained horses have won this race in four of the past five years. The only exception came in last year’s race, as Bricks and Morton won this race for trainer Chad C. Brown.

Leading Contenders For The Race

There will be no doubting the two stars that will come into this race as the favourites. A P O’Brien’s trained pair of Magical and Mogul will head the betting. It’s already proving difficult to bet against Magical, as it has been another excellent season for the five-year-old. Magical’s best run in this race came two years ago as he first in second place behind Enable. Magical has won three from five last season, with standout wins coming in the form of Tattersalls Gold Cup at Curragh in July and the Irish Champion Stakes at Leopardstown in September.

Mogul is the most in-form of the O’Brien favourites, as the three-year-old has won two of his previous three. He will come into this race in excellent form having won the illustrious Juddmonte Grand Prix de Paris at Longchamp in September. There is no doubting his credentials, but there are also other talented horses that gamblers may be intrigued by.

Lord North is another that is set to be involved, but there is currently no price available with MyBookie. The John Gosden trained horse has won three from five over the past 12 months. However, the four-year-old does have disappointing recent form after finishing last in the Qipco Champion Stakes at Ascot. American hopes will be hinging on Channel Maker, but the six-year-old will be up against more talented horses in this race than he has met so far this season. The odds would also be stacked against him, as a six-year-old has never won this race.