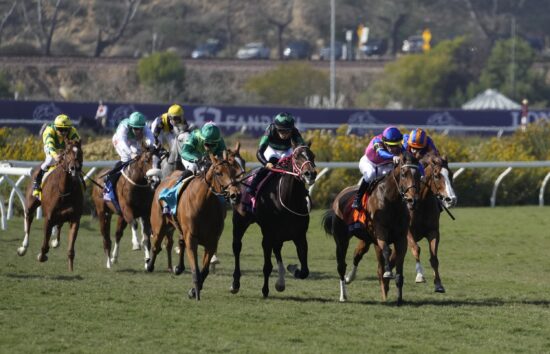 The fastest horses on the turf will be in action in the Breeders’ Cup Turf Sprint 2022 at Keeneland later this year. This could be potentially one of the most interesting betting heats later in the year given the performances that we have seen by some of the stars involved already this year.

The easiest way to assure your spot at the Breeders’ Cup is by winning one of the Challenge Series races. There are a number of chances for turf sprinters to book their spot at Keeneland later in the year, with qualifying races taking place across the world. The remaining Challenge Series races for a place in the Turf Sprint can be found here.

Some of the world’s most exciting turf sprinters have been involved in the race over the previous years, which makes settling on a selection difficult. However, some of the key trends that could help pinpoint the most likely winner of the race at Keeneland in 2022 can be found below.

Last year’s winner is a very clear favorite in the betting for the race later this year. He has already won twice at Keeneland, including a success in the G2 Shakertown earlier this year. However, he was beyond disappointing at Royal Ascot in June, as he finished dead last, and 20 lengths behind Nature Strip in the G1 King’s Stand Stakes.

But, Irad Ortiz failed to get the four-year-old to jump out of the stalls in that race, and then exerted all the energy to get back to the lead before fading. He needs to be respected back at a track he often delivers at.

The experienced six-year-old Lieutenant Dan is the second choice in the betting. He finished second in the Breeders’ Cup Turf Sprint last year but is a multiple-graded winner. He won the G2 Eddie D Road at Santa Anita in excellent fashion, while he was also a graded winner at Del Mar in 2021.

However, he is yet to reappear in 2022, which would be a slight concern at this stage. But, it is worth mentioning that he didn’t make his first season start until July last year with the Breeders’ Cup the end goal.

European winners in this race have been a rarity throughout its history, but Charlie Appleby-trained Naval Crown could be a solid contender. After running at Meydan and Riyadh earlier in the year, he returned to the UK with a strong display in the G1 Platinum Jubilee Stakes.

The four-year-old held off Creative Force to win by a neck, before finishing second to Alcohol Free at Newmarket last time out. He already has experience overseas and could be a big player if arriving at the top of his game.

Golden Pal has rock-solid credentials despite an underwhelming performance at Royal Ascot in June. His form at Keeneland is a massive plus, and if he reappears with a win on U.S. soil before the Breeders’ Cup, it will be very hard to take him on. One that may be worth keeping an eye on is King’s Lynn for The Queen and Andrew Balding. He delivered a late charge for the places in the King’s Stand and has already won over five furlongs this year in high-quality company at Haydock.