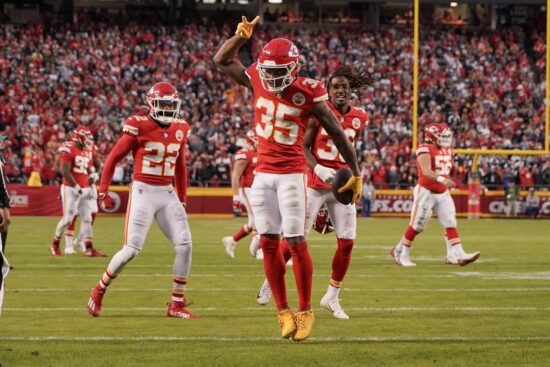 After a slow start of the season, the Kansas City Chiefs are back in winning mode. November was a fantastic month for Andy Reid’s boys who won all four games. Can they do something similar in December? Their first game of the month is an AFC West clash with the Denver Broncos, which they’re expected to win.

Ahead of Week 13, the Chiefs are sitting at the top of the divisional table with a 7-4 record. The Broncos are just behind with 6-5, the same as the two other AFC West teams – the Los Angeles Chargers and Las Vegas Raiders.

Knowing all this, things can easily get way more complicated in the division, which is why the Broncos vs Chiefs game is crucial for both teams.

Broncos Putting Their Hopes in Their Defense

In eight games they’ve played in the 2021 season, the Broncos managed to hold the opponents to under 20 points. Their worst defensive performance of the season was in mid-November when they lost to the Philadelphia Eagles 30-13.

They rebounded straight away, beating their divisional rivals, the Chargers, in the following game. The game in question was played last Sunday and it saw Denver winning 28-13. Apart from their defense doing great, the Broncos’ offense also did a very good job in that game. This goes especially for their quarterback Teddy Bridgewater, who had one of the best performances in a while.

We saw him throwing 11/18 for 129 yards and one touchdown, without any interceptions. He also made three carries, scoring a rushing TD along the way.

Chiefs Looking for their 12th Straight Win Over the Broncos

The Chiefs’ QB Patrick Mahomes is still without a loss to the Broncos. In fact, the same goes for most of his teammates. It’s because Kansas City won each of the previous 11 Broncos vs Chiefs games. The two AFC West foes, however, still haven’t met in 2021. Their most recent duel took place in December 2020.

Almost a year later, things look different for both teams. The Broncos are much better defensively than they were in the 2020 season when their average was 27.87.

When it comes to the Chiefs, they’re the 13th-best defense in the NFL, with 22.7 points conceded per game on average. The good news, however, is that their defensive team has improved a lot in comparison to the start of the season. In fact, they conceded under 20 in each of their previous four games. In two of those, the Chiefs held their opponents to under 10.

The Chiefs are a better team than the Broncos, it’s a fact. That said, they are likely to win on Sunday, but it’s not going to be an easy win. In fact, I could easily see them failing to cover the 10-point spread.