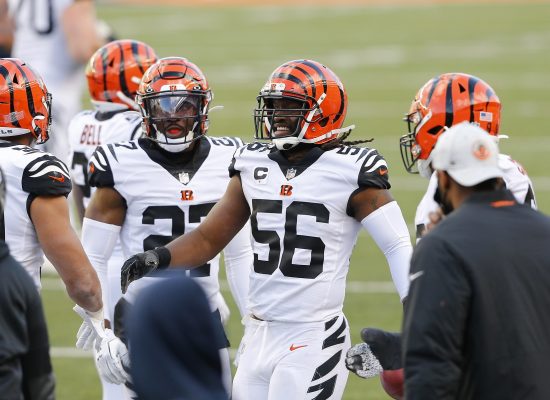 The big question ahead of the Battle of Ohio is whether the Browns quarterback Baker Mayfield will be fit for the game. And if he does, will he do better than he did last Sunday in his team’s loss to the Steelers? Luckily for Browns, their rivals have also been in poor form. Obviously, both teams would love to get a win here, which promises a lot of entertainment in the Browns at Bengals Week 7 game the upcoming Sunday.

The Browns quarterback Baker Mayfield had a very bad day against the Steelers, passing 10-out-of-18 for 119 yards, with two picks and one touchdown pass. He took a lot of beating that day, which made his rib injury even worse. The result was that he ended up sidelined in the final quarter of the game. Case Keenum came in as his replacement but failed to do much. The Browns lost that game by 38-7, their worst scoreline since the opening round of the 2020 NFL when the Ravens beat them 38-6.

What gives them confidence is that they bounced back with a win after the game with the Ravens. In Week 2, they beat the Bengal, the team they’re facing once again on Sunday. The final score in that game was 35-30. The man most responsible for that victory was Mayfield, who passed for two touchdowns, adding 219 yards to his portfolio. His runs also gained 215 yards, and he wasn’t sacked even once.

Obviously, the Browns quarterback has a lot to offer to his team, especially when paired with other in-form players like Odell Beckham Jr. and Nick Chubb. Of course, this is only true when Mayfield is 100% fit. At the moment of writing, no one can say for certain will he be able to play, although there is some encouraging news coming from Cleveland.

Two weeks ago, the Bengals got demolished by the Ravens in Baltimore. The final score was 27-3, with the Bengals quarterback failing to do, well, practically anything.

The first overall pick at the 2020 NFL Draft did manage to bounce back in the next game. The Bengals went to Indiana to take on the Colts. They did end up losing that game 31-27, but Joe Burrow made a fantastic performance, with 313 yards and one touchdown run.

As a result, Burrow is back at the very top of the NFL Rookie Rankings. To stay there, he needs to keep on playing well. He’s also flying really high in the NFL Passing Rankings, where he’s currently #8 of all the quarterbacks in the league.

If Mayfield is fit, the Browns are the favorites. If not, Burrow-led Bengals could grab themselves a win. Nevertheless, in both scenarios, we should see plenty of points on both ends. Over 50 seems like a pretty decent offer from this point.