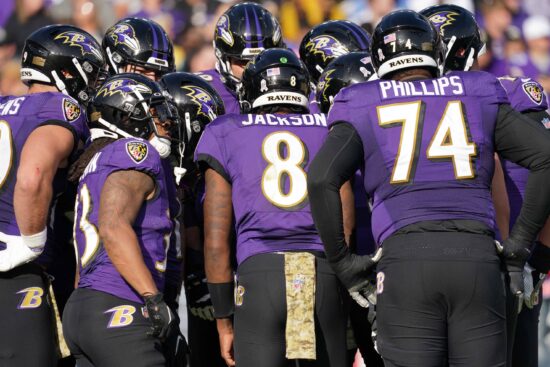 The rivalry between the Browns and the Ravens doesn’t need too much introduction. These two franchises simply hate one another from the bottom of their souls. And how couldn’t they with such a complicated history? But we are here to talk about the future, not the past, so stay tuned for a short preview, with odds and the pick included.

The former top pick and one of the players who get the biggest hype from the media is under a lot of pressure. Why? Simple. He doesn’t play well. After “winning” the war against OBJ, Mayfield had very poor performances, and the fans are now slowly turning against him, openly showing their frustrations due to his play.

He combined for 249 passing yards in the past two matches – against the Patriots on the road, in which the Browns suffered a terrible 45-7 loss, and vs. Lions, in a 13-10 triumph this past Sunday. Just to remind everyone, that Detroit still didn’t win a single game this season.

Nick Chubb was back, posting 130 yards on 22 carries, and with him in the lineup, everything is much easier for the franchise from Ohio. He is the best player on the team and the most important piece of the puzzle. The fantastic RB can cover up all the other problems in the offense.

Lamar Jackson was out in Chicago due to COVID-19 health and safety protocols, but the former NFL MVP will be ready to face the Browns, according to all the relevant insiders.

About the game at Soldier Field. It was a tough one, with the Ravens escaping death in the last moments. With 1:41 to go, the Bears took a 13-9 lead, but the response on the other side was fantastic, and with 22 seconds left, Devonta Freeman carried the football into the endzone to shut down the hosts’ fans and bring a massive win to his team.

Tyler Huntley didn’t have some shiny record on through the air, tossing for one pick, but he ran a couple of times, posting 40 rushing yards. The defense was very good, limiting the Bears to 13 points and coming out as the winners from several pretty critical situations.

Head to Head – Ravens Have Three in a Row

The last three games all ended in the Ravens’ favor. The most recent in Baltimore was a blowout, 38-6.

We’ve seen Baker Mayfield’s form going down in recent times, and it appears that his poor performances are eventually going to cost the Browns the AFC title. With the way he plays at the moment, the Ravens should win Sunday’s event, particularly because Lamar comes back on the field, fresh and healed from several minor injuries. He really needed a few days of the regenerate.