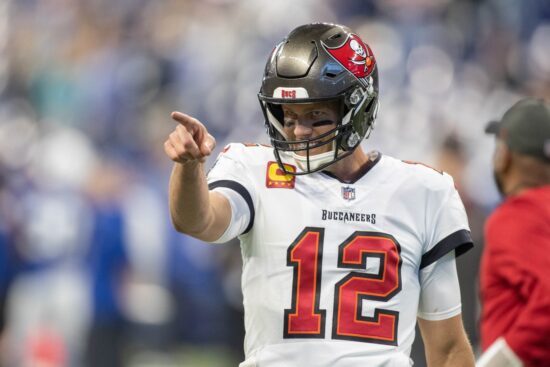 Super Bowl champions Tampa Bay Buccaneers, are heading for MetLife Stadium to meet with the New York Jets with only one thing on their mind – win. Brady and the bunch need this victory to stay in the race for the top spot in the conference.

As for the Jets, they don’t have any pressure, as they use this season to establish the foundation for the future. For those who didn’t get it right away, to let Zach Wilson learn and grow.

After the unpleasant defeat at home to the New Orleans Saints in which the Buccaneers couldn’t score a single point, they bounced back pretty quickly, trashing the NFC South rivals, the Carolina Panthers, 32-6.

The Bucs looked ruthless, playing excellent in all the areas, but to be honest, they didn’t have some notable opponents on the other end. Tampa’s defenders sacked the rival QBs seven times for 45 negative yards and picked Cam Newton once.

Brady threw for 232 yards and one TD and even ran once for 11 yards. Overall, Tampa had 159 rushing yards, with Keshawn Vaughn posting 70 and Ronald Jones II 65, each delivering a TD. Antonio Brown caught 10 passes for 101 yards, seeming ready for the playoffs and the most important part of the season. Cameron Brate caught the only areal TD.

Jets Better Than the Jags

Beating the Jaguars 26-21, is a great success for the Jets for two reasons. The first is being better than the rival who is in the same position regarding the rebuilding process, meaning that the Jets are doing a better job. The second is boosting Wilson’s morale and giving him a slight edge over the top pick at the last draft, Trevor Lawrence.

Wilson threw only 102 yards for one TD pass, but he had one hell of a show on the ground, rushing for 91 yards, four scrambles, and getting one TD. The entire Jets team was excellent when talking about the running game, recording 273 yards. Michael Carter carried the football 16 times for 118 yards, and Tevin Coleman 14 for 57.

Braxton Berrios has three kick returns for 138 yards, and he posted one TD while doing this. He made one of the best plays of the entire round.

The Jets have 10 wins in 12 meetings against the Buccaneers, yet the previous one from 2017, saw Tampa beating the rivals, 15-10, in Florida.

We won’t waste your time here, telling you stories and some dull explanation, but be straight right away. The hosts can’t compete with the Bucs and Brady. They don’t have a single player with quality to beat his direct rival, and we see here an easy win of the guests, who will also cover the spread in my opinion.