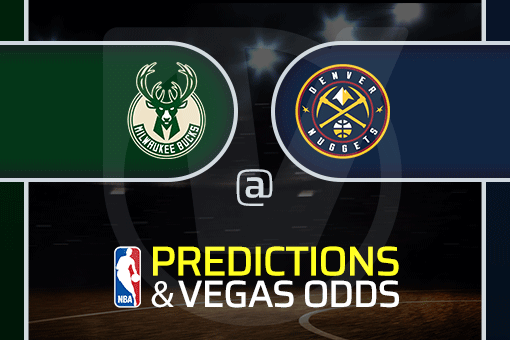 The Denver Nuggets are in problems, as it seems that the injury curse struck them hard in the last two weeks. On top of all the problems, the Nuggets lost the NBA MVP, Nikola Jokic due to a wrist injury.

Milwaukee is in completely opposite mood, winning five in a row and getting back all of its important players. In a few more days, Mike Budenholzer will have all of his players at disposal.

Milwaukee has five straight wins, and they’ve been displaying a very tough defense in all of them. The rivals weren’t some very potent teams, but limiting most of them under 95 points is worth mentioning. After all, the Bucks held the Lakers at 102 points. The upcoming period will show us can this unit maintain consistency on the defensive side of the ball.

With seven wins in the last nine events, five of them straight, the NBA champions have reached and surpassed the .500-mark, which undoubtedly brought psychological relief to the locker room. To make it even better, one by one, all of the absent players started recovering from injuries, and even Brook Lopez should be available in the next few days.

Giannis is the top scorer with 27.2 points, Khris Middleton adds 17.1, while Bobby Portis did an excellent job as a starter this year with 15.7 points and 8.6 boards. Grayson Allen also imposed himself as a starter and has 14.4 points each night.

After Jamal Murray and Michael Porter Jr., the reigning NBA MVP, Nikola Jokic, also picked up an injury. Though, it seems that the intensity of his wrist issue isn’t anywhere near as with the above-mentioned guys. Jokic earned the injury against the 76ers and probably won’t play on Friday.

His Nuggets are on a five-game losing skid, with an intention to extend the same because of a rough schedule. After the clash with the Bucks, they are hitting the road for a seven-game journey that would see them visiting playoff contenders in both East and West.

All but one of these losses was by a double-digit margin, which tells a lot about the current situation in Denver. What we forgot to mention is that PL Dozier and Bones Hyland also picked up injuries.

Both sides have a win apiece in 2020/21, and interestingly both were on the road.

We won’t waste too much of your time here, because of the apparent situation. The Bucks are in a much better position, playing well recently and enjoying quite the momentum. Meanwhile, everything is opposite in Denver, with the players injured and the team falling into pieces. In our opinion, Milwaukee will claim this contest without any problems.