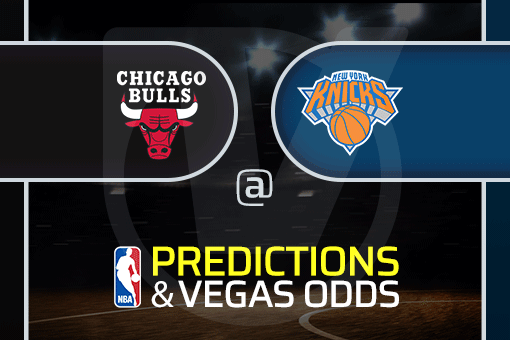 Both the Bulls and the Knicks still hold a positive record and will try to keep it like that until the end of the season. Though, we’ve seen them slowing down over the recent few weeks, losing some games which were supposed to end in their favor.

Bulls Going Back and Forth in Recent Days

Chicago’s record in the past five games is two wins and three losses, with the note that their last game was a victory. Billy Donovan’s unit was better than the Charlotte Hornets at home, 133-119, which was a refreshment following several mixed performances and a few unexpected defeats.

The Bulls were shooting incredibly well against the Hornets, making 59.6% of their FG attempts and also outscoring the rivals from the paint, 56-44.

Nikola Vucevic had a solid double-double, 30 points, and 14 boards with five assists, 12-for-19 from the field, and a fantastic 6-for-6 for three points. DeRozan dropped 28, while Zach LaVine ended the night with 25 points. The trio was backed up by Lonzo Ball, who had 16 buckets and Alex Caruso’s 14 points.

Knicks Getting Rid of Kemba

We’ve been pointing towards Kemba for a long time, ever since he signed for the Celtics for that unreal $160 million deal. Simply, he isn’t an elite player. He’s average. And that is what Thibodeau recently realized, and why he decided to move away from Walker.

The Knicks lost this Tuesday night against the local rivals, the Brooklyn Nets, 112-110. We have to say that the No.1 contenders for the NBA title didn’t deserve to win, and that the officials really had some unusual criteria for this event.

In the end, Julius Randle had only two free throws for 40 minutes of playing. He finished the game with 24 points, nine boards, and eight assists. Alec Burks had 25 buckets, while the former NBA MVP, Derrick Rose scored 16 off the bench with nine assists. All the Knicks players were angry at the referees, particularly Randle, who even mentioned that at the press conference.

Head to Head – One Win Each This Year

Neither side has the needed consistency in its performances. The problem for the Knicks is that they have a shorter backcourt rotation due to Kemba’s removal and RJ Barrett’s injury. Against the Bulls, who are very, very talented on the outside positions, that will be hard to cover up, which is why we predict the guests’ victory on Thursday night.