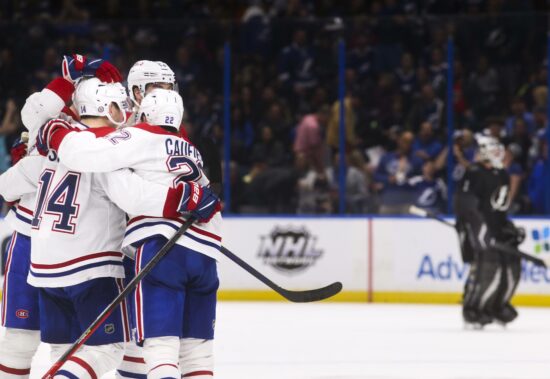 If you’re looking for the latest Canadiens vs Flames prediction and odds, then look no further than Vegas Odds.

There will be an interesting showdown in the NHL on Thursday, as the Calgary Flames look for a second straight win to boost their playoff chances. Meanwhile, the Montreal Canadiens will be hoping for a seventh win in eleven games.

The Calgary Flames will be looking to build momentum at this crucial stage of the season on Thursday, as they search for a second straight win in the NHL. They have won five of their previous ten games, losing four times in regulation over the same period. However, despite that inconsistent form, they remain eighth in the Western Conference standings.

They will be delighted to be back at home this week, as they have enjoyed a solid start to the campaign at the Scotiabank Saddledome. During home fixtures, they have gone 7-4-1. The Flames come into this fixture after an excellent 6-2 home win against the Florida Panthers in their previous game.

The Montreal Canadiens appear to be one of the teams that could surprise a few this term. They sit just outside the playoff places in the Eastern Conference standings, but their recent form has been impressive. Montreal has gone 6-4-0 over their previous ten, and have been pretty steady on the road, winning five of the ten games that they have played.

However, they will need to get back on track in the NHL on Thursday, as they were easily beaten in their previous fixture. That loss was suffered at home, as the Canadiens lost 4-0 against the San Jose Sharks. But, few would be surprised to see them bounce back in this fixture.

Both sides make compelling cases to win this fixture. However, the slight preference is for the Canadiens. They have had extra time to recover following their previous game, and they have won their previous three against the Flames.