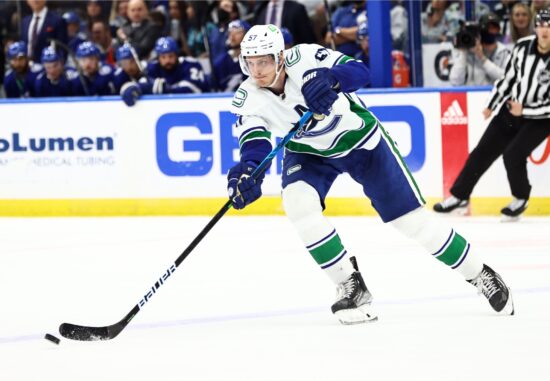 There is interesting action in the NHL on Sunday afternoon, as the Washington Capitals will be looking to put their recent indifferent form behind them when they welcome the Vancouver Canucks to the US capital. But, which side will get the victory?

The Washington Capitals are still very much in the hunt for the Stanley Cup playoffs this season, but their price to win the Eastern Conference has drifted considerably over recent weeks. Washington have lost their last four games in the NHL, which is the second-worst losing run in the Metropolitan Division. They will have the opportunity to end that losing streak against the New York Islanders on Saturday, before coming up against the Canucks on Sunday afternoon.

The Capitals remain in a prominent position in the conference standings despite that dip in form, as they are sixth overall and level on points with the Toronto Maple Leafs. They have been reliable both home and away this term, winning ten occasions. Home form may be a slight concern though, as they have lost nine times at the Capital One Arena, including their 7-3 defeat against the Boston Bruins in the last fixture that they played at home earlier in the week.

Canucks Still In With Chance Of Making Playoffs

The Western Conference is wide-open this season, and the Vancouver Canucks still have every chance of sealing a place in the top eight. They are currently 12th in the standings but are just three points behind eighth-placed San Jose Sharks with four games in hand over their rivals. The Canucks have traveled relatively well throughout the season, as they have gone 8-8-2 on the road this term. Over their last ten games, the Canucks have really entered the competition for a playoff spot, as they have won seven times.

No side in the Pacific Division have won more games during that time, while only the Colorado Avalanche have eclipsed that number of wins in the Western Conference. However, the Canucks will be looking to get back to that level this weekend, beginning with their game against the Carolina Hurricanes on Saturday. The Canucks have lost their last two, which included their defeat on the road on Thursday evening against the Tampa Bay Lightning.

The Vancouver Canucks have been one of the most difficult teams to predict this season, as they certainly look to have the momentum to challenge for a playoff spot. However, despite their shortcomings at home, we are leaning towards the Capitals. We also expect high-scoring first and second periods.